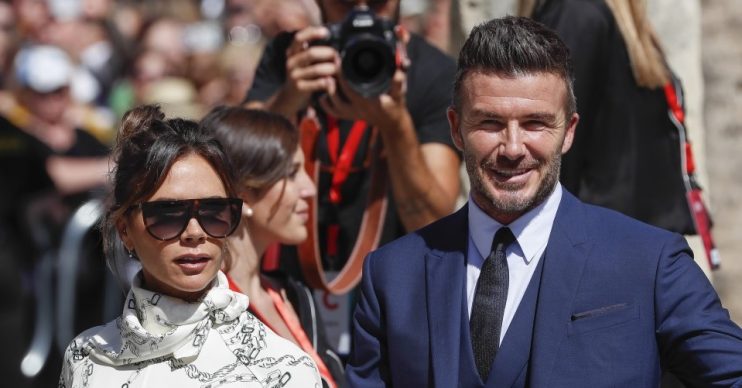 It is Victoria and David's 21st wedding anniversary this year

David and Victoria Beckham will have been married for 21 years this July – and they still seem as loved up as ever.

In pictures shared by Victoria on her Instagram page, the celebrity couple can be seen cuddling up on the dancefloor at their oldest son Brooklyn’s 21st birthday party.

The Beckhams treated Brooklyn to a lavish bash, as we reported they were going to here at Entertainment Daily!.

And fans of the couple have been paying tribute to their marriage via Vicky’s comments box.

The former Posh Spice seemed in high spirits as she shared the pictures with her 28 million followers.

She captioned them: “Dancing till 6am! Kisses and happy 21st birthday @brooklynbeckham X. I love u so much @davidbeckham.”

In the shots, she looks dressed to party in a silky blouse and shiny black trousers.

A love that stood the test of time. Role models, hard-working beautiful parents.

As for David, he looked as dapper as ever in a sharp suit and stubble. The England football legend doesn’t seem to care that a camera is trained on him as he playfully places a hand on his wife’s bottom!

It didn’t take long for the Beckhams’ followers to send their best wishes to the pair after the pics were uploaded.

One gushed: “Don’t they look fantastic and so happy. I so admire you both. I bet there’s not many who despite all you’ve been through together are still as enamoured now as you two were at the beginning.

“Total respect – you’re two special people who know each other’s good and bad, [and] love each other because of that. You are wonderful.”

Another added: “A love that stood the test of time. Role models, hard-working beautiful parents.”

And a third joked: “The tush grab is adorable.”

Brooklyn’s party, held at the Beckhams’ Cotswolds home, saw a large number of friends and family dancing the night away.

There was even a performance by grime star Stormzy, who was briefly joined on stage by birthday boy Brooklyn.

Also among the guests at the bash were Victoria’s former Spice Girls bandmate Emma Bunton and Brooklyn’s girlfriend, Nicola Peltz.