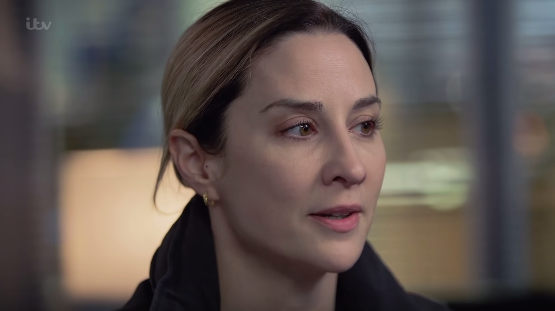 The Bay series two: when is it back and which cast are returning?

Producers have teased what's in store for the new run

If you were gripped by ITV’s crime drama The Bay, which aired earlier this year, then you’ll no doubt be looking forward to the second series, due to be aired in 2020.

Well, just to make you even more excited, the production company that makes the programme has posted a tweet teasing what’s in store for the new run.

Alongside a photo of a script, Tall Story Pictures hinted that the suspension is going to be ramped up to the max, with viewers left guessing who committed the crime.

It’s read through day for the final 3 episodes of Series 2 of The Bay. Eek… wonder who did it?! pic.twitter.com/B3uhpDKBZV

The photo, which was shared on Friday, showed a script for episode six, titled ‘The Bay’.

As with the first series, the writer is Daragh Carville, whose other TV credits include BBC Three’s Being Human and Sky One’s The Smoke.

Captioning the shot was a short explanation: “It’s read through day for the final 3 episodes of Series 2 of The Bay. Eek… wonder who did it?!”

The first series was, on the whole, a success, averaging around seven million viewers per episode.

It centred around detective sergeant Lisa Armstrong (played by Morven Christie), who goes in search of two missing girls in the seaside town of Morecambe, only to discover that the girls’ stepfather (Jonas Armstrong) is someone she had a one-night stand with.

Who will be in series 2 of The Bay?

Back in August, it was announced that Christie will be reprising her role in the second series, alongside fellow series one stars Daniel Ryan, Imogen King and Lindsey Coulson.

When will series 2 of The Bay begin?

It has not yet been confirmed when the second series of The Bay will air on TV.

The new series will see Lisa Armstrong forced to do menial police work as she watches her former sidekick Med go from strength to strength.

Talking about the project, Carville said: “I’m absolutely delighted to be returning to the world of The Bay and picking up the story of police detective Lisa Armstrong, as she faces massive new challenges both at work and at home.”

While the first series was popular, though, some were left disappointed by how it ended.

One moaned on Twitter that it’d had a “weak twist”, while another said: “That’s six hours of my life I’ll never get back.”