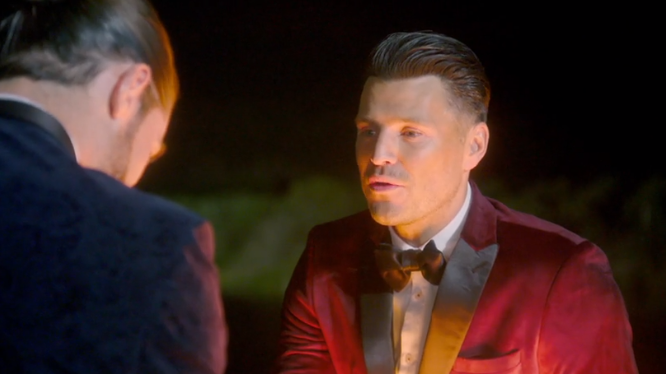 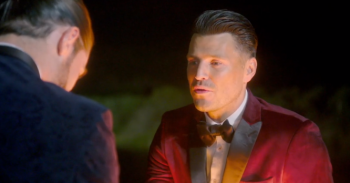 The Bachelor hailed the most ‘explosive’ show on TV

Viewers are 'addicted' to the dating seriess

The new series of The Bachelor is shaping up to be pretty intense and viewers are calling it the most explosive show on TV right now.

The Channel 5 series, hosted by Mark Wright, follows bachelor Alex Marks on his quest to find love as he gets to know a group of single ladies.

But last night’s episode was less about the love and more about the hate as new girls Anabelle and Charlotte T entered the house – and the other girls weren’t happy about it.

Charlotte T ruffled feathers, and after she managed to bag an immunity rose from Alex, the other girls were left fuming.

Alicia, who has been growing close to Alex, let rip. She had a confrontation with him, leaving her in tears – cue Annabelle calling Alicia a “tramp”!

Meanwhile, favourite Reanne shocked viewers when she decided to leave the love pad in South Africa because she didn’t think Alex had good intentions.

We can’t believe it. Reanne, we’ll miss you 💔#TheBachelorUK pic.twitter.com/E1pY5o2aEE

Viewers were glued to the escalating chaos and aired their thoughts online.

One fan mused: “The only way they could have made this scene more explosive is if they’d set light to a several sticks of dynamite! #thebacheloruk.”

A second tweeted: “#TheBacheloreUK I just love this drama! @TheBachelorUK …. where’s @MarkWright_ when you need him.”

And others have admitted they are completely hooked: “Literally addicted to the @TheBachelorUK some of these girls are craaaaay #TheBachelorUK @channel5_tv.”

The only way they could have made this scene more explosive is if they’d set light to a several sticks of dynamite ! #thebacheloruk

Meanwhile, host Mark, 32, joked that there have been so many rows that he’s turned into the show’s ‘agony aunt’.

But the tension is only going to mount now that the final four girls have been chosen by Alex.

Read more: David Beckham is the victim of hilarious prank by James Corden

The show’s final airs tomorrow on Channel 5 at 10pm.

Have you been watching The Bachelor UK? Leave us a comment on our Facebook page @EntertainmentDailyFix and let us know

Four in a Bed: Viewers confused over ‘hash bash’ breakfast