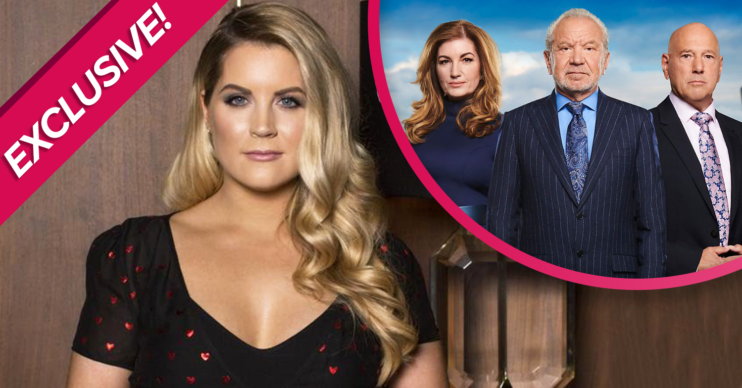 We will get our Apprentice fix after all this year!

We’ve got good news for fans of The Apprentice. The BBC is said to be planning to air a “best of” series this autumn.

According to Pamela Laird, one of last year’s candidates, Karren Brady and Claude Littner will be involved.

Lord Sugar is also said to be taking part in the filming of the series, which will see the trio giving their takes on some of the show’s biggest moments.

It’s expected to air in the autumn, around the time The Apprentice usually airs.

The change in the format of the 2020 show comes with Britain in the midst of the coronavirus pandemic.

What do we know about The Apprentice best bits series?

However, it appears we will get our Apprentice fix, one way or the other.

Speaking exclusively to Entertainment Daily, Pamela said: “It’s all going to be clips but Claude and Karen are filming for it.

“They’ll be doing a commentary and giving their opinions,” she added.

Spilling more details about the show, Pamela said she received an email telling her that she may well appear.

“I got an email just to say potentially there will be clips on it, so I was trying to rack my brains to think of the most embarrassing thing that happened to me as that’s probably what’ll make it on,” she laughed.

I got an email to say potentially there will be clips on it, so I was trying to rack my brains to think of the most embarrassing thing that happened to me as that’s probably what’ll make it on.

Asked what she thinks will appear on the show, Pamela said she expects they will show Thomas Skinner taking her place in the boardroom.

Which clips will appear on the show?

“I think that was the first ever time someone has volunteered to stay over someone else. It was so nice of him,” she said.

Pamela added: “I’ve blocked all the embarrassing things out, so we’ll see what they’ve managed to dig up.”

The Irish beauty expert – whose Moxi Loves range is stocked at Boots and on Amazon – looks back on her time on the show fondly.

We asked her what she enjoyed most about being on the BBC show.

“There was so much, mostly what I thought I wouldn’t enjoy,” she revealed.

“I got on so well with so many of the other candidates and that really surprised me. I’ve definitely made friends for life.”

She also revealed that she actually kind of liked the dreaded interviews episode.

“Yes they were tearing me apart, but so many lessons learnt there,” she said. “Even though it’s hard to watch as a viewer and hard to do as a candidate it was definitely worthwhile making it to that stage.”

So what’s Lord Sugar like away from the cameras?

“Lord Sugar doesn’t have a camera persona – that’s exactly who he is, even when the cameras aren’t rolling.

“So yes, massively intimidating, but I have huge respect for him at the same time,” she said.

Pamela also revealed that Karren never let her softer side show, either.

“She definitely doesn’t let her character slip at all. She has daughters and I’m sure she’s lovely and warm, but we definitely get the business Karren.

“I think that’s important because you don’t want to get too comfortable on the show. They want you on your toes so I do understand, but you don’t get to see her soft side, definitely not!”

A lot of love for Claude

Pamela does have a soft spot for Claude, though.

“I think Claude, towards the end definitely, has a bit of humour in him. You could see that coming through in the final task when there’s no pressure on us as much.

“He definitely smiles and laughs.

Head to our Facebook page @EntertainmentDailyFix and tell us if you’re excited to see the Apprentice best bits series.