He we go again! The Apprentice is just around the corner and the latest batch of 16 contestants competing to win a life-changing £250,000 investment for their business has been revealed.

All they have to do is impress Lord Sugar, and his cohorts Karen Sullivan and Claude Littner.

Easy, right? Not if this selection of 'mavericks' and 'chancers' are concerned. One even says, "I am the epitome of luxury." 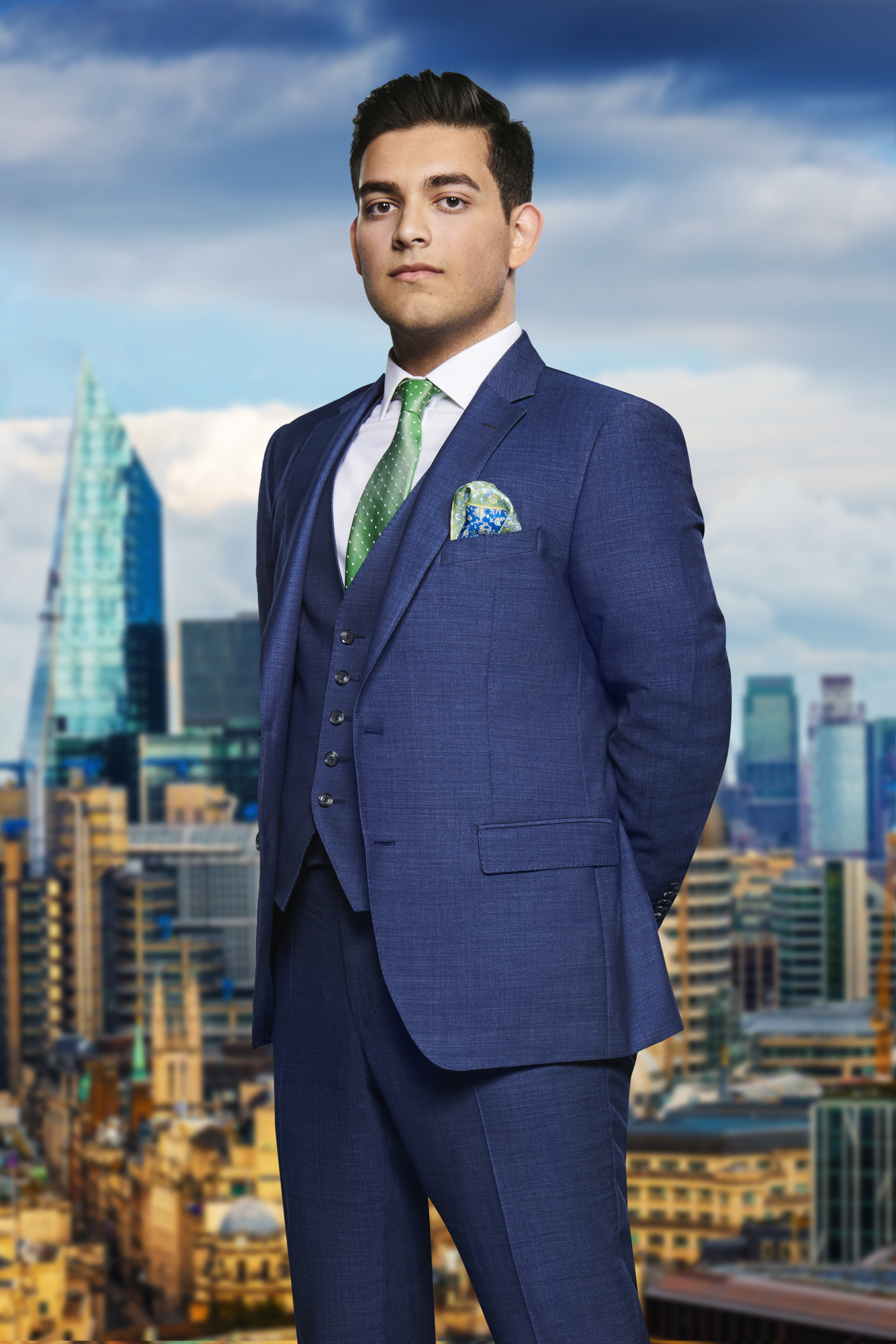 Founding his sports management company at the age of 15, Dean believes he is the 'definition of an entrepreneur'. He states his confidence and emotional intelligence are off the charts and doesn’t think that he has many traits that would let him down in business.

Top quote: "I’ve definitely got the gift of the gab, I can persuade anyone to do anything." 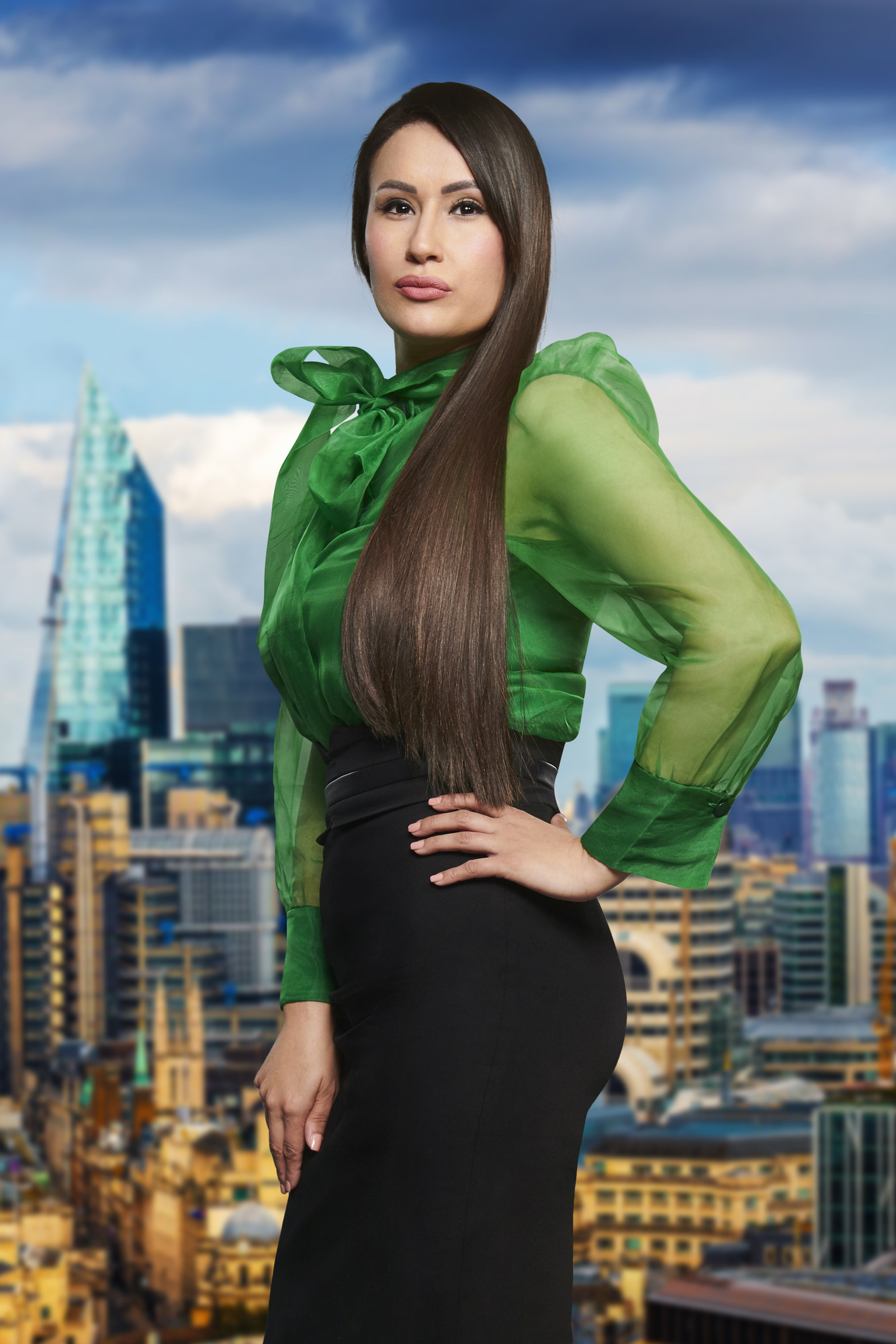 Throughout her successful career in recruitment, Scarlett has found her upbeat personality to be a strong asset in winning a business deal, claiming that people will often buy into her as a person. Although she considers herself to be a very good problem solver she also admits to struggling to accept help from others, acknowledging she often underestimates her workload. Scarlett plans to apply the same tactic she uses in all aspects of her life; 'working the hardest and the smartest to be the best'.

Top quote: "I am an achiever. I have been the highest performer across every workplace I have worked within." 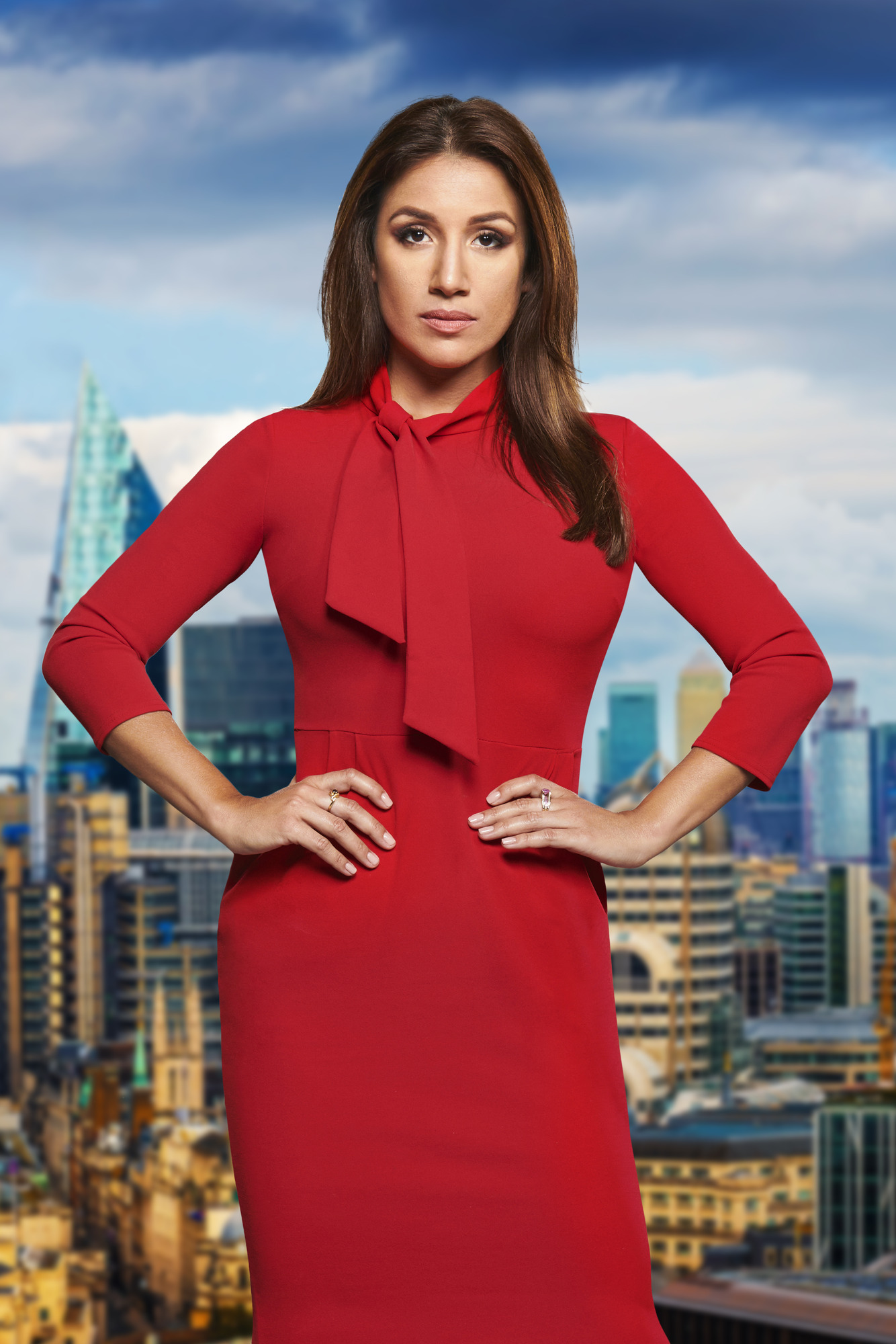 Jemelin considers resilience to be one of her best personal qualities, having come from a humble background in Venezuela. She describes herself as competitive and fearless in business, stating she is 1000% committed to winning every task. However, she also warns that she can also be next-level stubborn and likes things done her way.

Top quote: "I never have problems, I only have solutions." 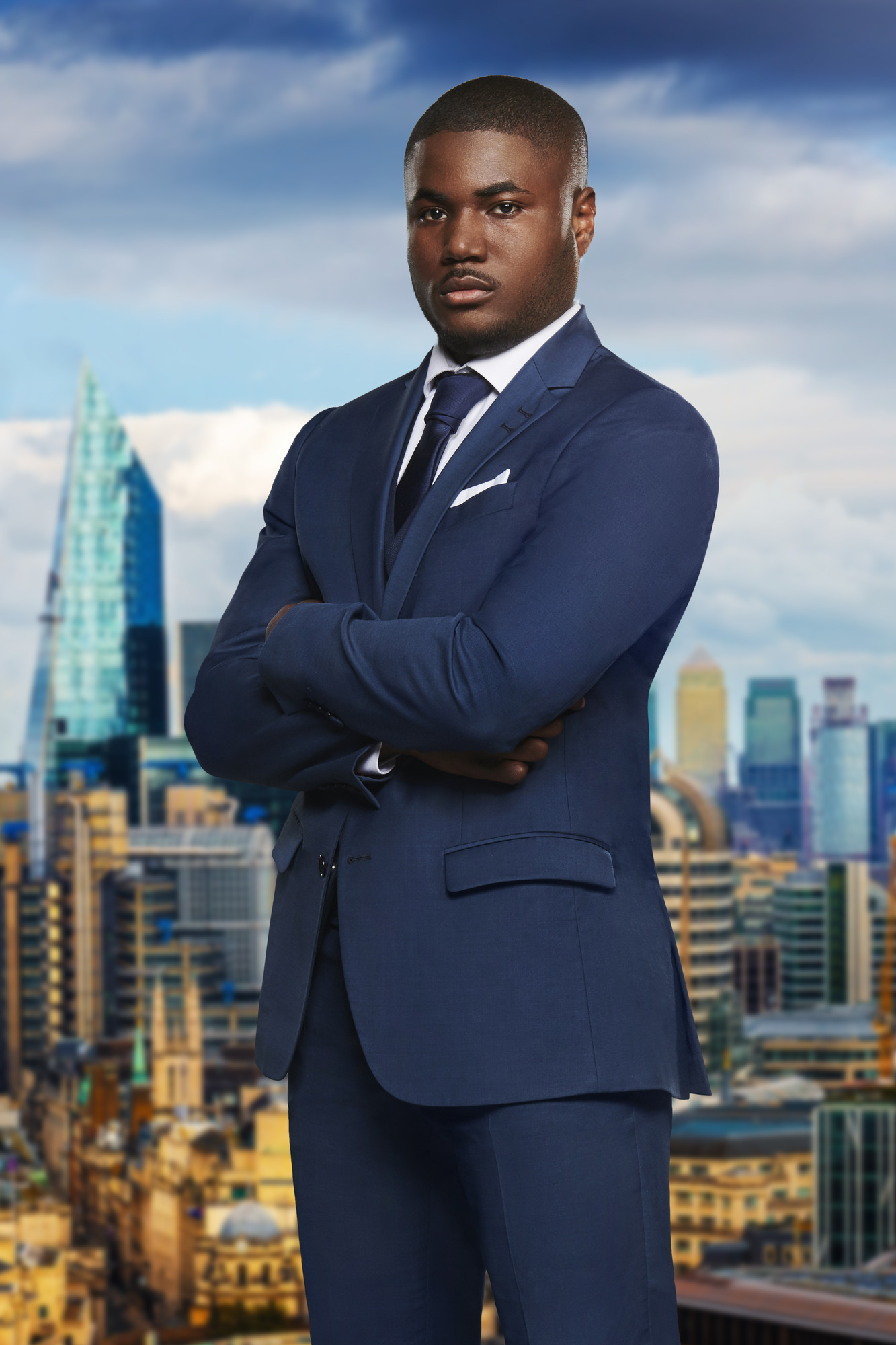 Souleyman is a motivational speaker for schools and trains with the Great Britain Paralympic Olympic Team, specialising in sprinting. Having been diagnosed with Retina Pigmentosa at age six, he says that he’s inspired by late musician Ray Charles because he made blindness cool and achieved immense success despite his disability. Souleyman plans to be brutally honest, bold and fight for his place by trying to keep Lord Sugar’s attention on him.

Top quote: "The less sight I have, the more imagination I gain, because what you see is what you see and what you don’t see is when the magic begins." 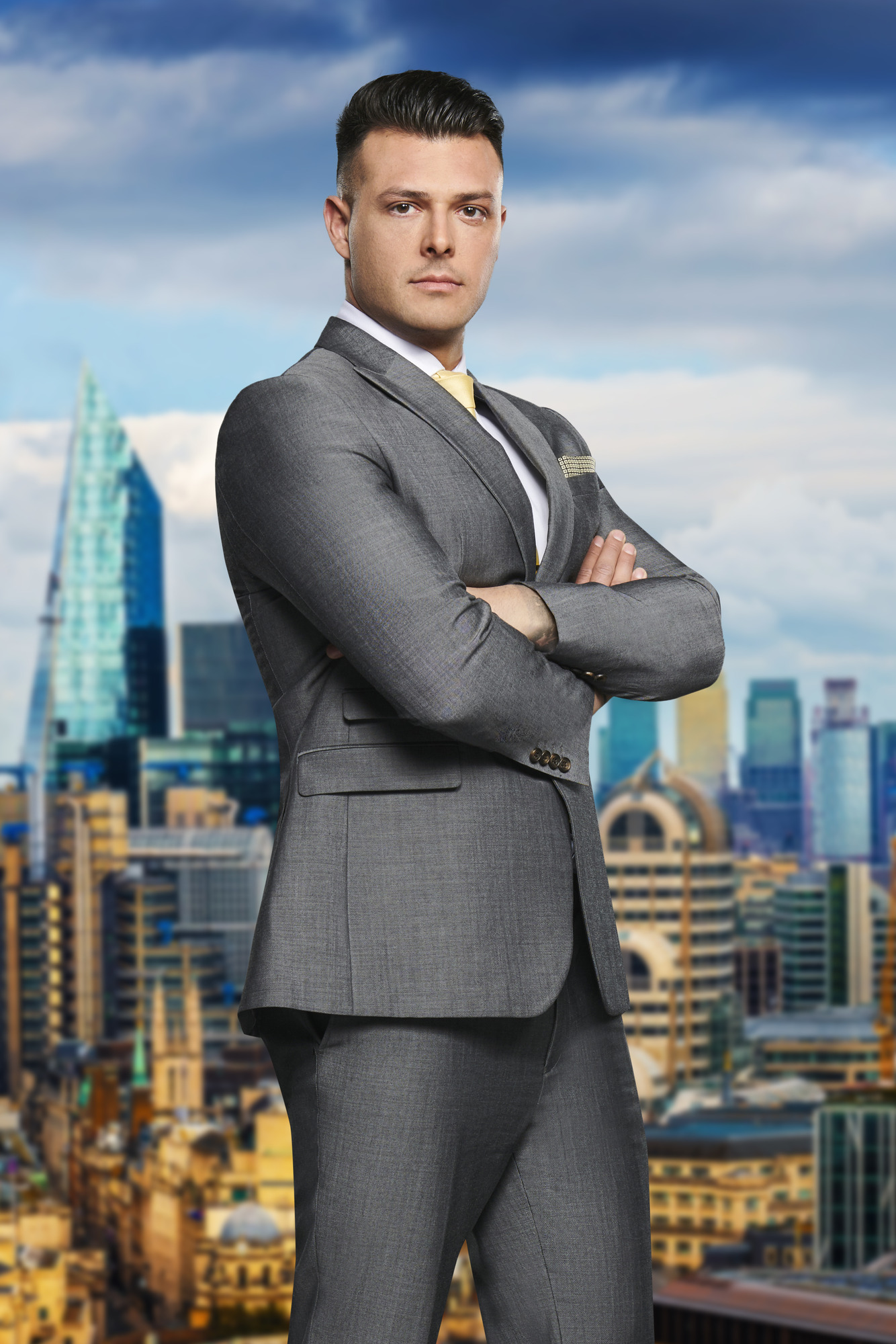 A self-proclaimed maverick who doesn’t like to follow the rules, Lewis is confident his competitiveness and determination will see him through the process. He admits he struggles to hide his true feelings in his facial expressions, and says his confidence is often mistaken for arrogance but says 'I don’t think I’m better than anyone else'.

Top quote: "I may not be the smartest guy in the room, but I’ll sure as hell work harder." 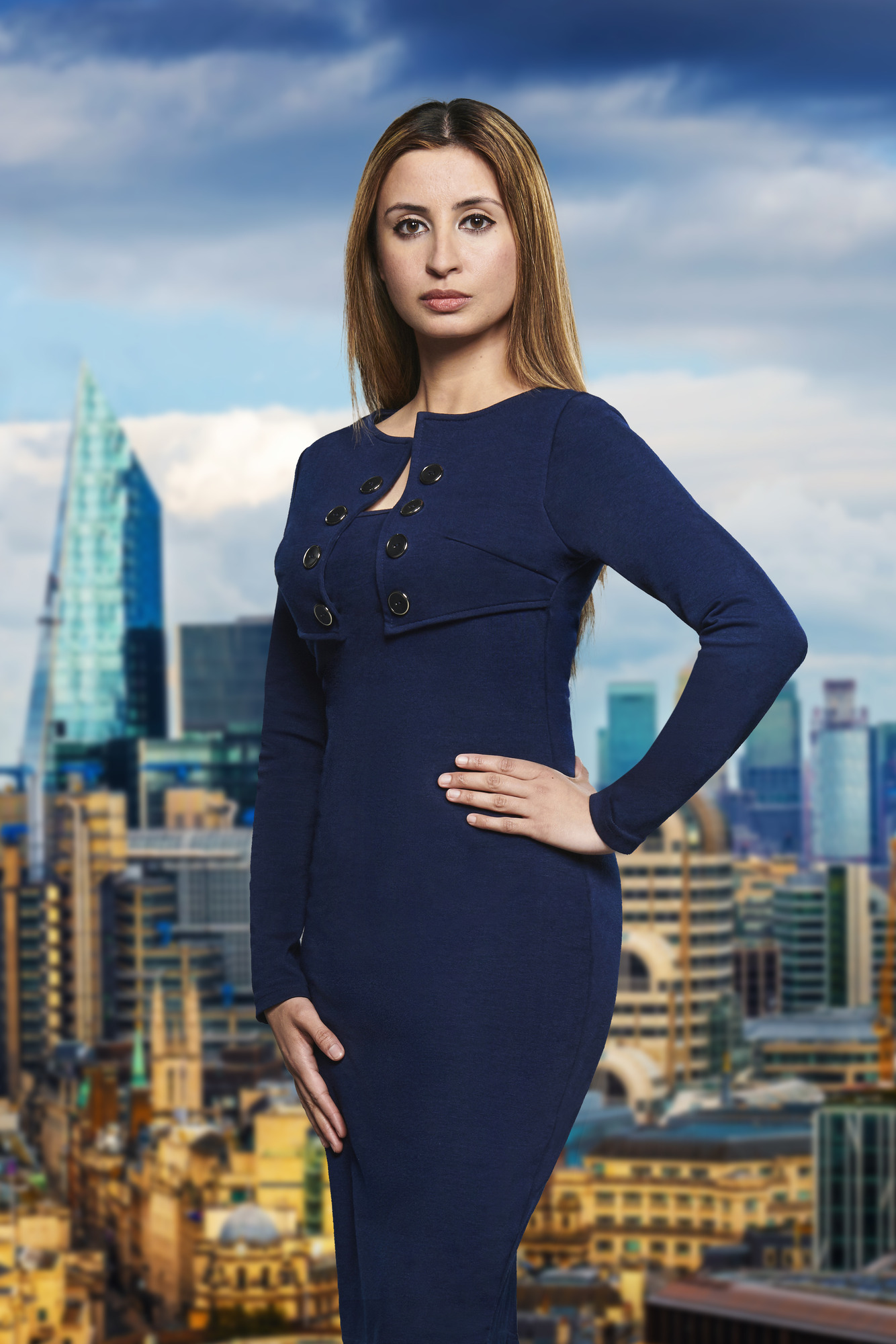 Lubna, a mother of two, reveals that good role models were lacking in her life so she decided to become her own. She enjoyed studying and focused on educating herself first, which gave her the confidence to pursue her dreams and aspirations. Now, she believes she has the whole package, book smarts and street smarts, and describes herself as a dark horse.

Top quote: "I came from a council estate… I have made myself into something good and I’m on my way to becoming something great." 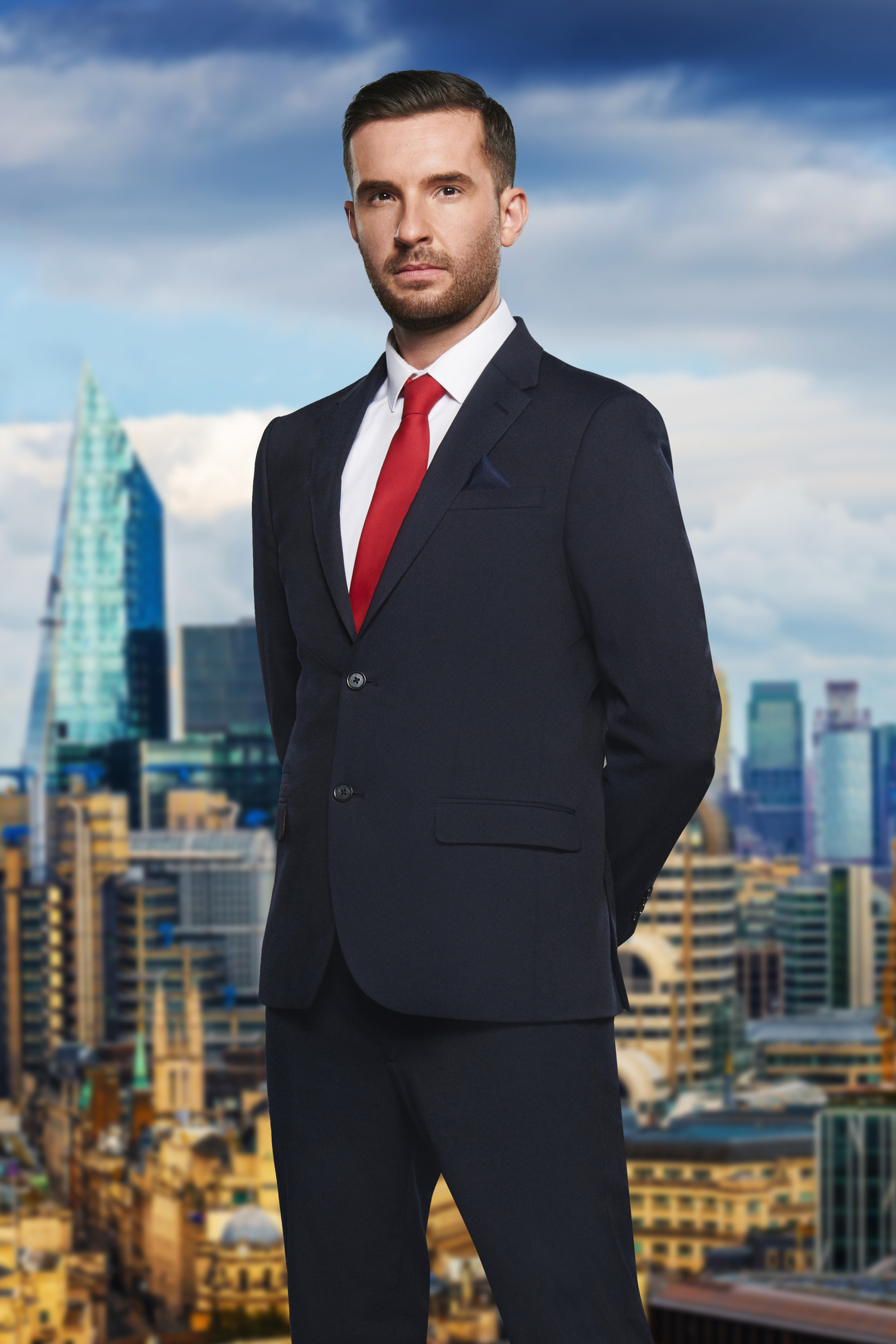 Riyonn sees his personality as his best asset; 'I am fun, smart and always get on with everyone - I have never come across anyone who doesn’t get on with me.' Riyonn strives to live by the mantra 'why work for someone else, when you can work for yourself and be the best at that'. Amongst his work as a freelance Events Manager and other ventures, he has invented his own party card-based game and says he has a little black book full of multi-million-pound ideas.

Top quote: "I will use my poker face and tactics to always come out on top." 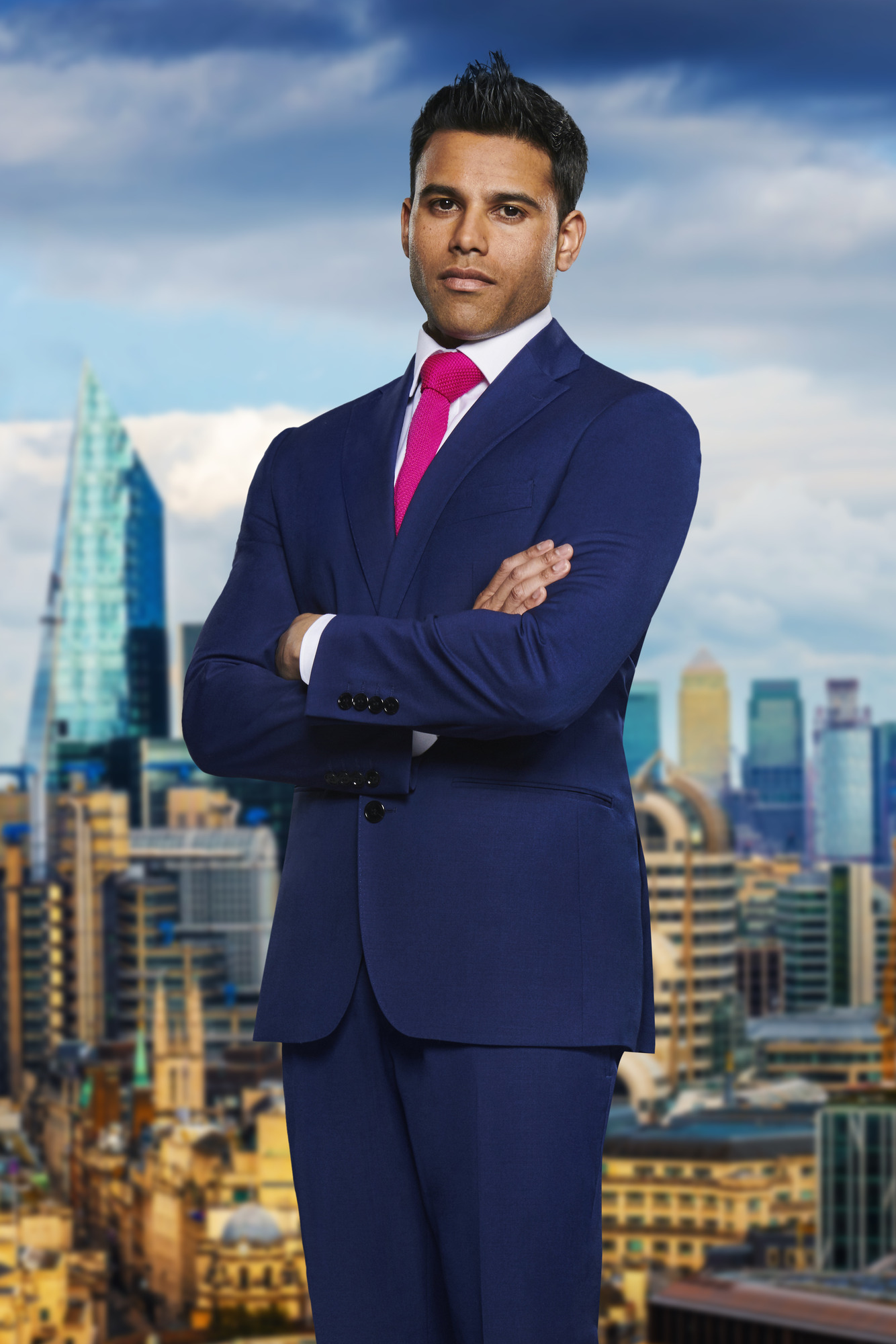 Shahin credits Elon Musk as one of his role models because he 'thinks outside the box', a quality he prides himself in having and thinks that his imagination will make him stand out from the other candidates. He believes having a plan and being able to execute it well is key to success and admits he gets frustrated when people don’t follow plans through. 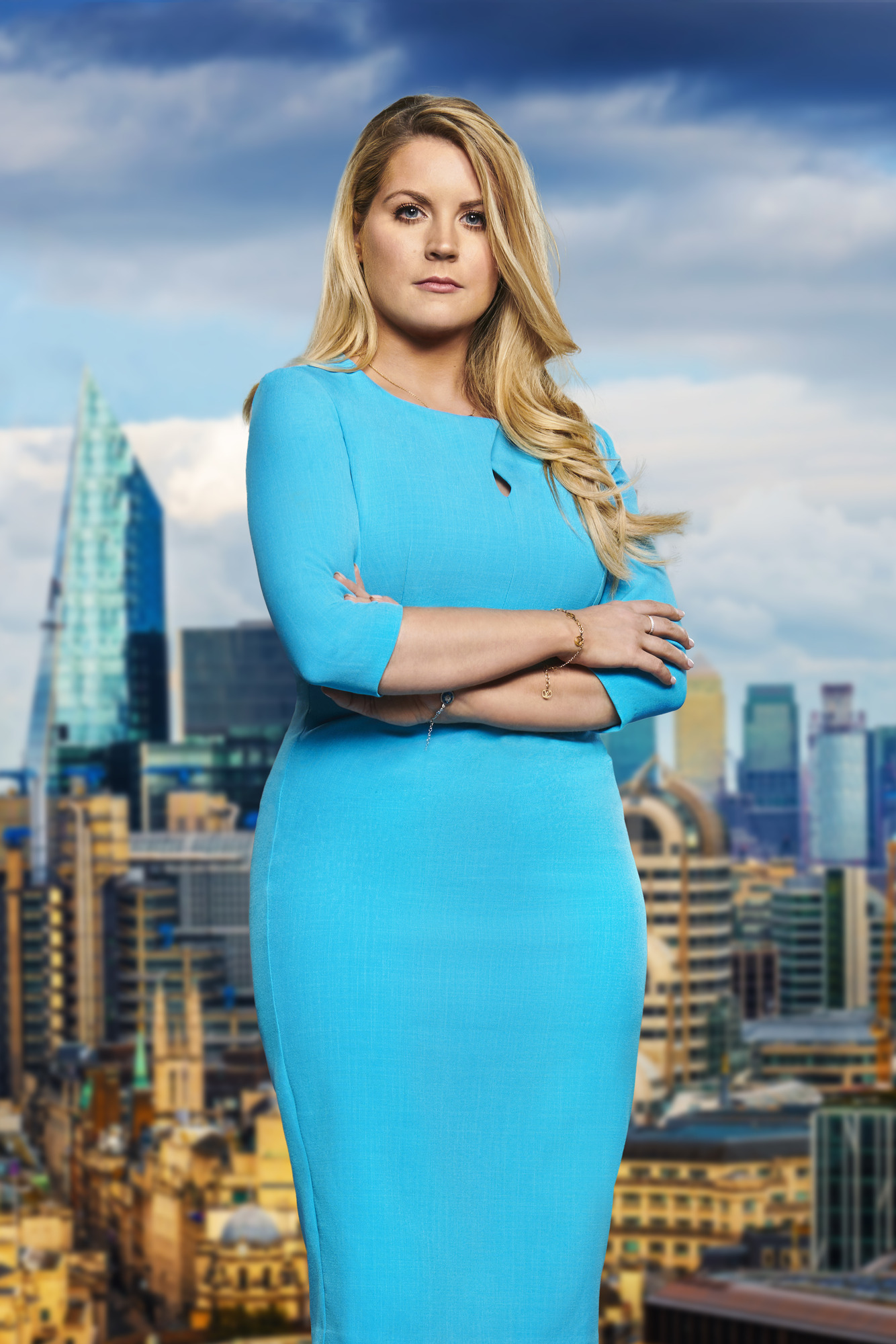 Pamela attributes the success of her beauty company to her 'entrepreneurial gene'. She describes herself as feisty and passionate with a charismatic personality, which enables her to excel in sales. Pamela acknowledges she can be impatient and demanding and often finds it difficult to delegate tasks.

Top quote: "I love to be the under-estimated person in the room." 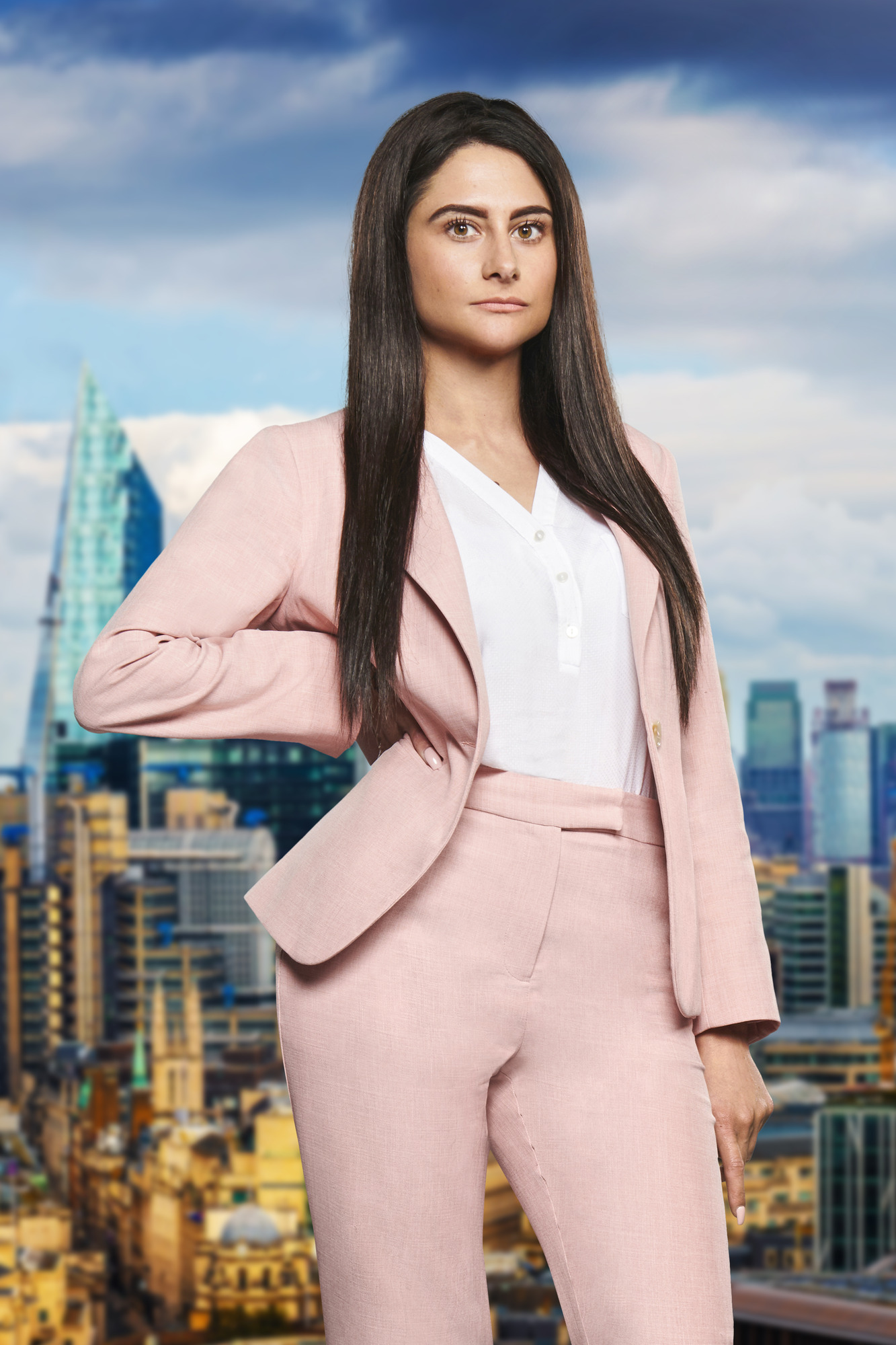 Carina says she is a natural leader and that people latch onto her to benefit from the influence she carries. She believes it’s 'written in the stars' that she’ll be Lord Sugar’s next Apprentice, warning that the other candidates shouldn’t underestimate her because of her South London accent as she knows how to 'put on a suit and be the full package'. 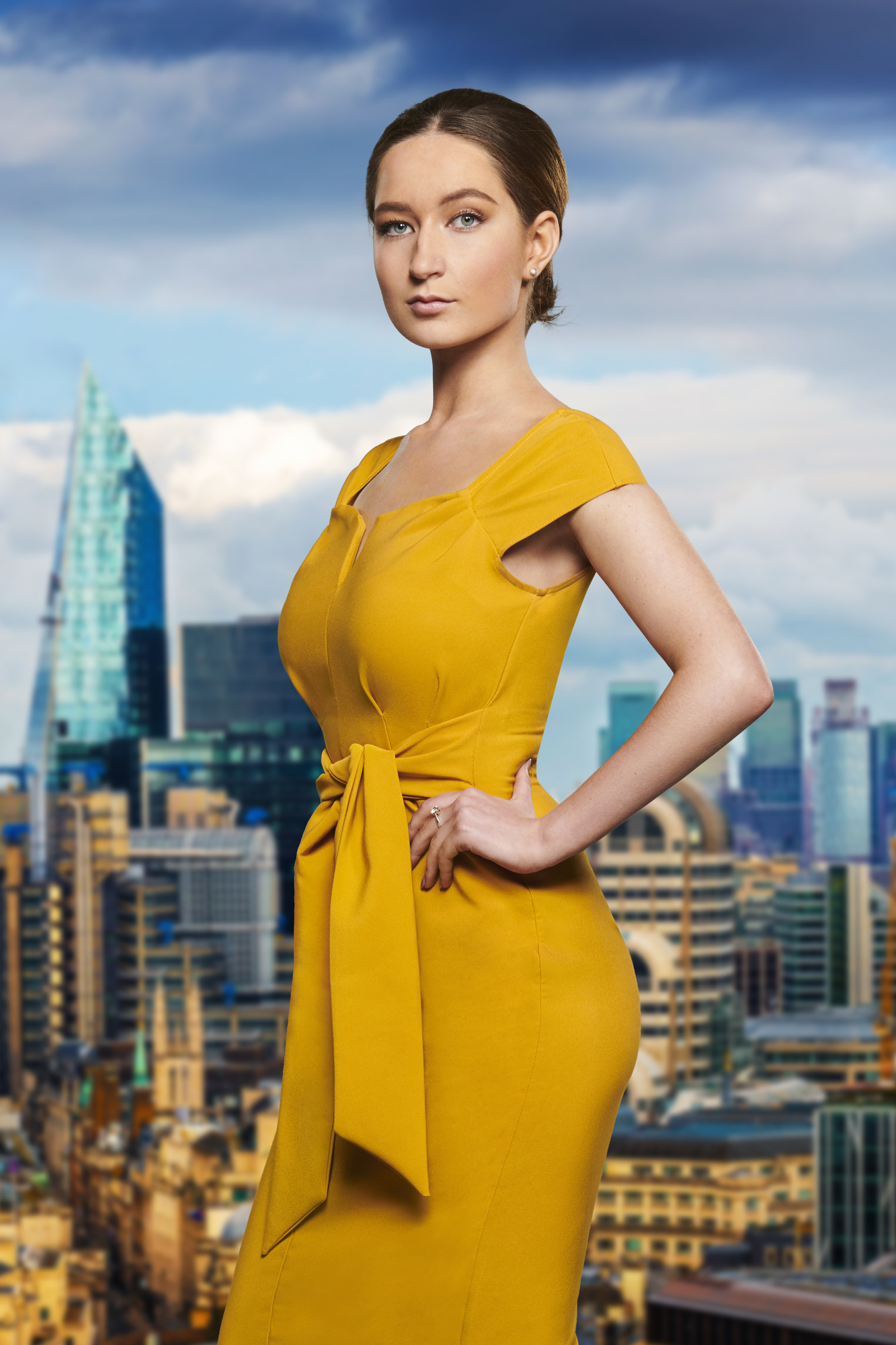 Lottie says she is 'very cut-throat' and insists that she is no pushover. She believes her poise and her 'powers of persuasion' are her greatest business qualities, noting that people with bad manners anger her and that she gets frustrated when things don’t adhere to her high standards.

Top quote: "I bring ‘class’ to everything and ensure nothing I do is half-standard or tacky." 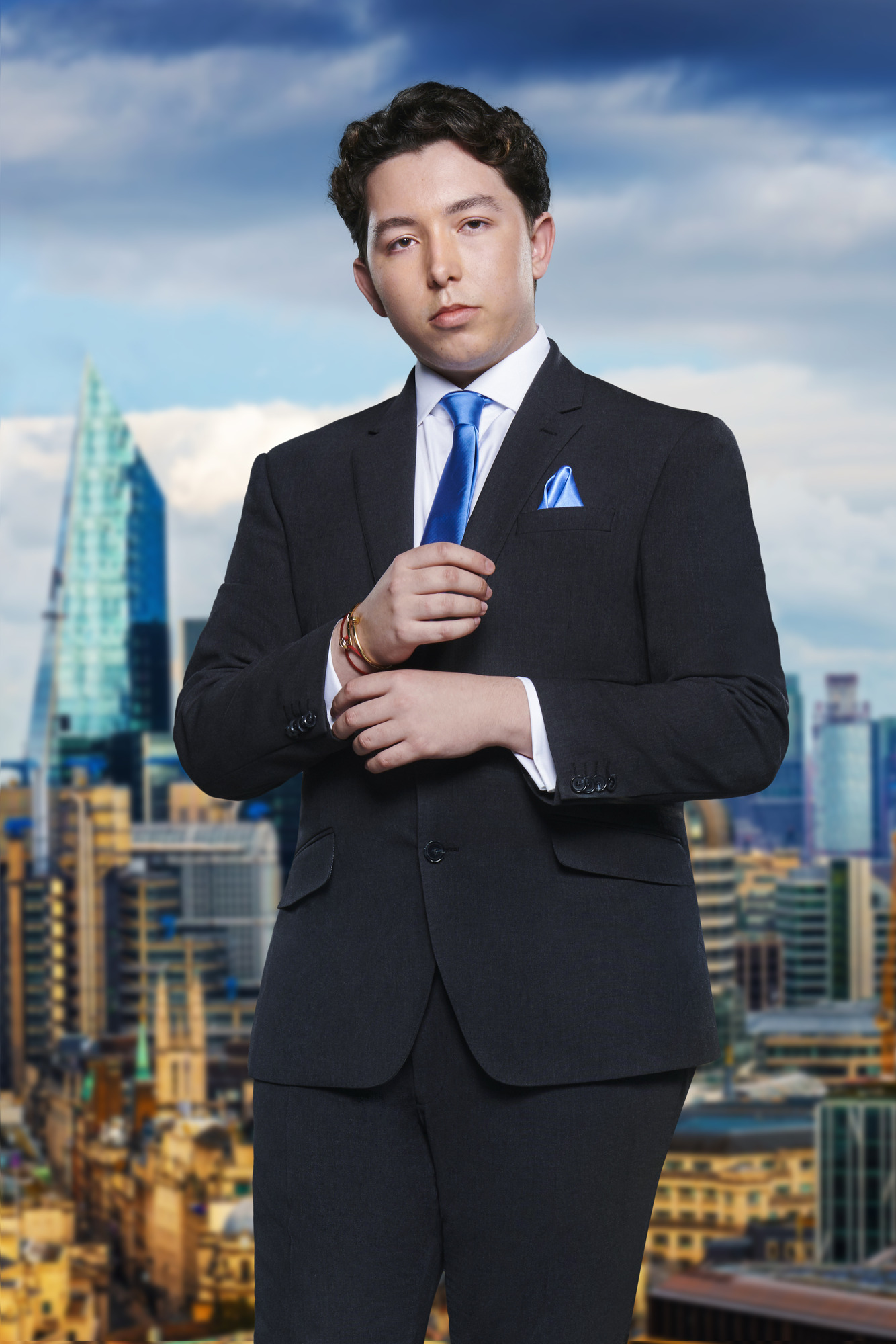 As the youngest candidate, Ryan-Mark is ready to prove that age is irrelevant when it comes to business, describing himself as 'a 60-year-old trapped in a teenager’s body'. He is an award-winning public speaker and says Queen Elizabeth II is his role model, admiring her ‘no-nonsense persona’. Despite believing his best asset to be his ability to 'forge a connection with anyone' he admits 'he’s not afraid to be ruthless when it comes to the other candidates'.

Top quote: "I am the epitome of luxury." 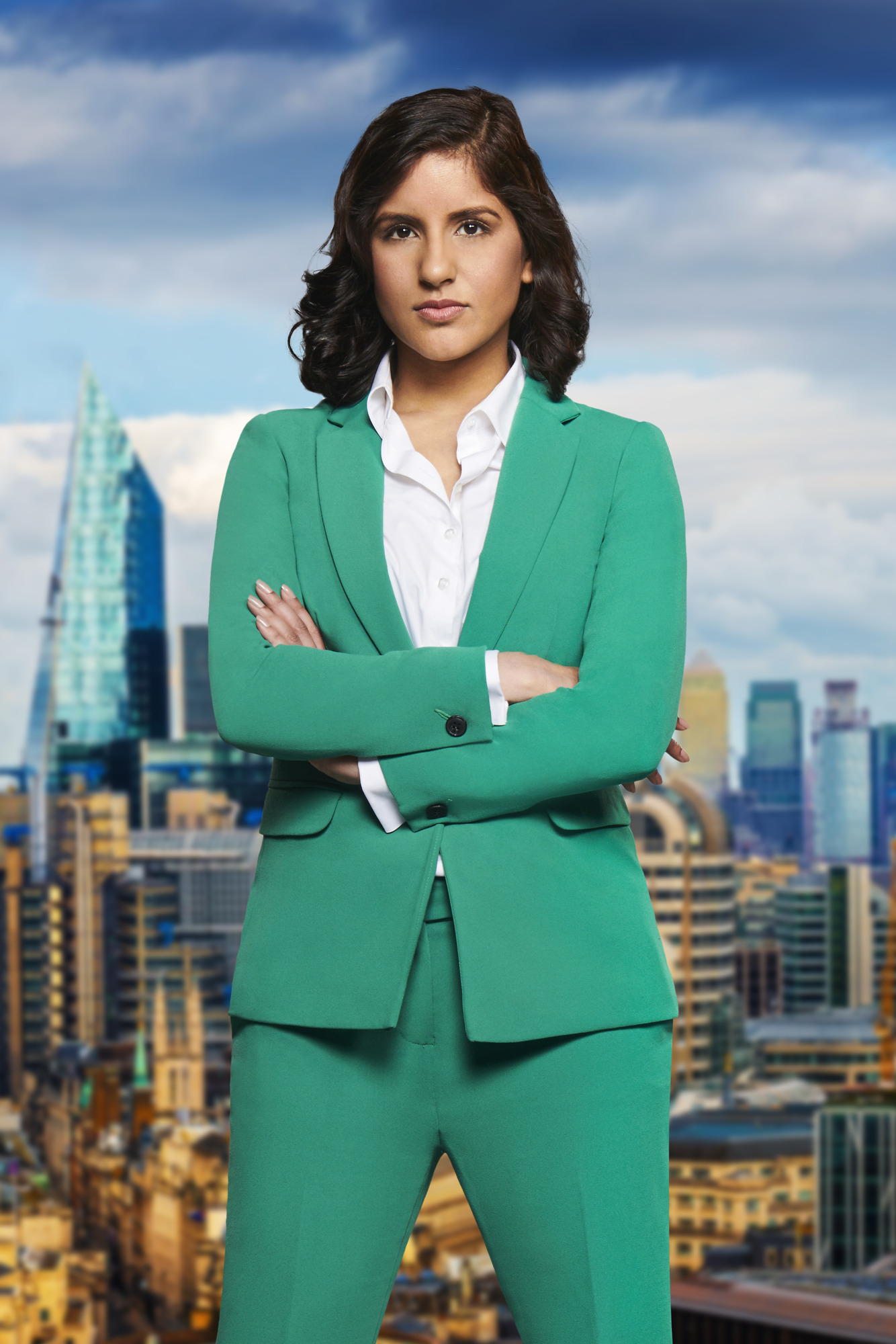 Iasha believes her 'crazy, controversial, eccentric personality' will make her stand out, considering herself to be 'the star that shines the brightest'. She says her 'natural persona' will be enough to win the process. Iasha hopes that the other candidates will underestimate her, she aims to keep her 'enemies' close to her; saying 'I can read people just by looking at their body language, they won’t realise it until it’s too late - and checkmate'.

Top quote: "I’m one fierce businesswoman with both sass and class." 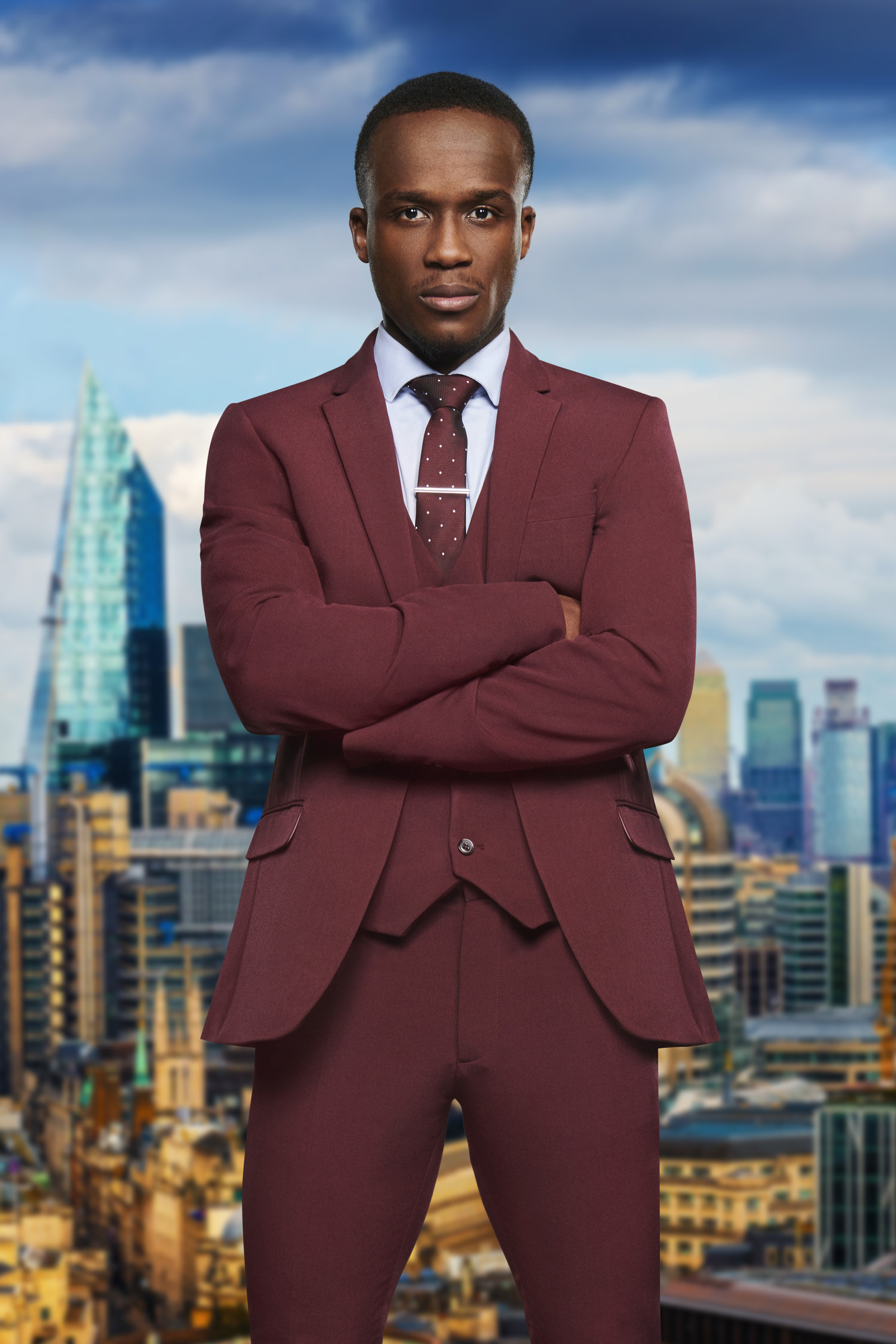 Before creating his alcohol-infused ice cream company in 2018, Kenna played semi-professional football for Manchester City before that was cut short by injury in 2013. Kenna believes he is enthusiastic with an 'infectious personality', which he hopes will aid him to befriend the strongest candidates to help him build alliances for the boardroom.

Top quote: "I combine a thirst to learn with entrepreneurial thinking, ready to win at all costs." 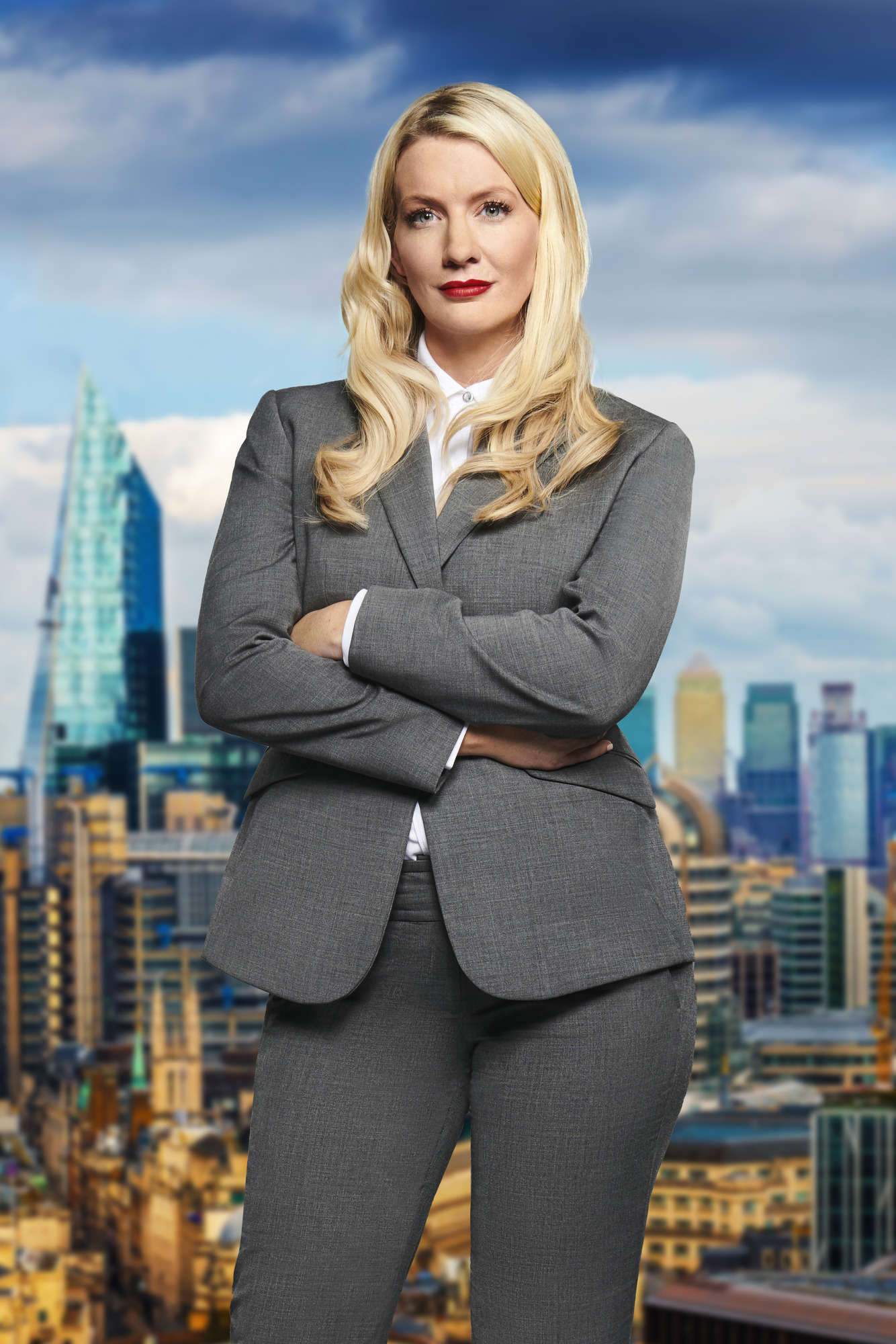 Marianne moved from the US to the UK in 2017 and sees conflict management as one of her strongest skills. She admits that she doesn’t have a filter and may need to 'dial down her American-ness' and take a step back, as she says she can be too direct.

Top quote: "I’m definitely the epitome of ‘don’t judge a book by its cover’ because what you see is not what you get." 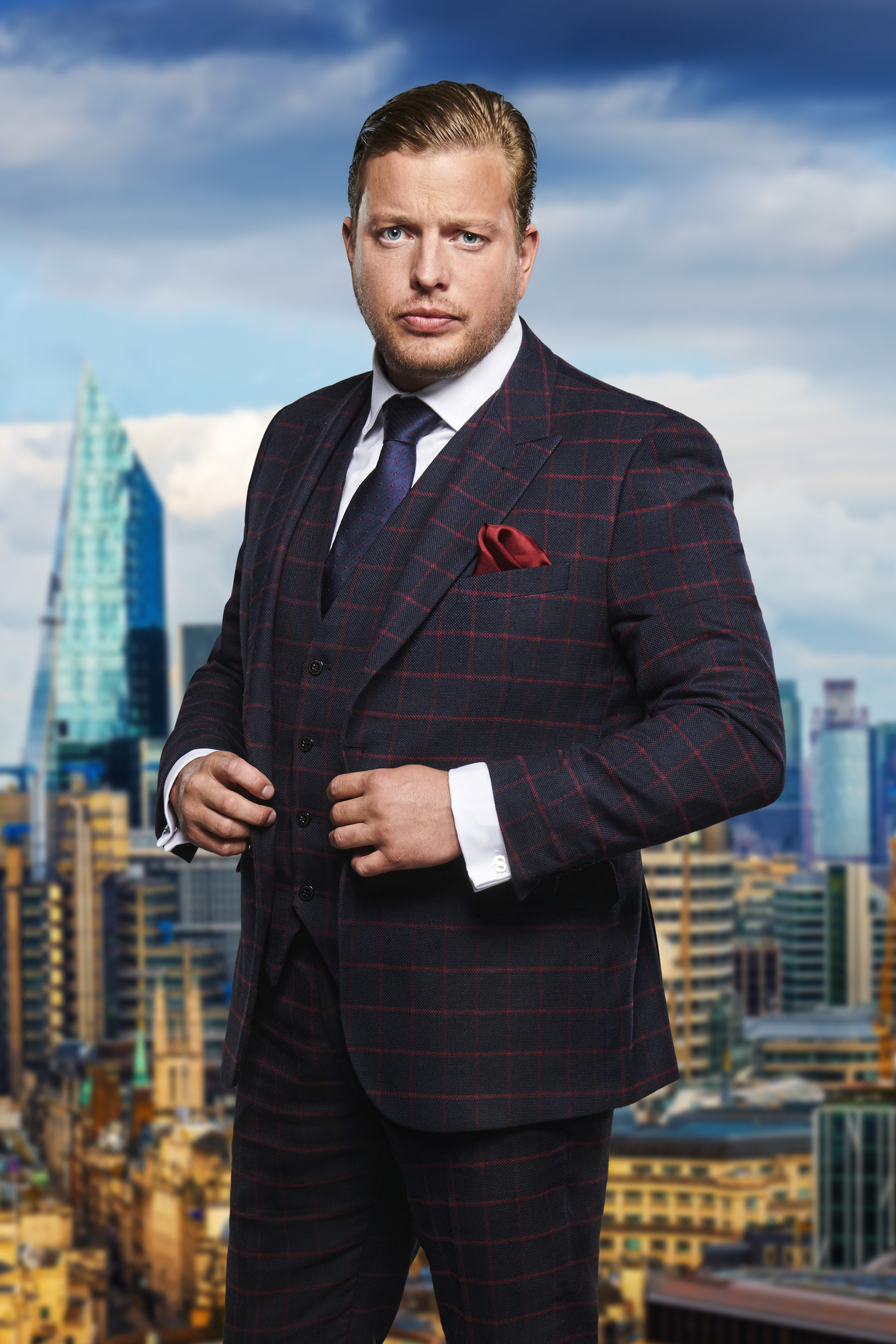 Thomas showed entrepreneurial spirit from an early age. He started with a paper round at age 12 and was selling on the markets by age 16. Since then he has set up his own pillow company, attributing his business success to his 'sharp', 'street-wise' character and notes that being 'a chancer' has worked in his favour more often than not. Confident in himself, he says he doesn’t have a role model stating, 'I am my own person'.

Top quote: "I don’t plan - I just do everything on impulse. When I plan, I always get it wrong."