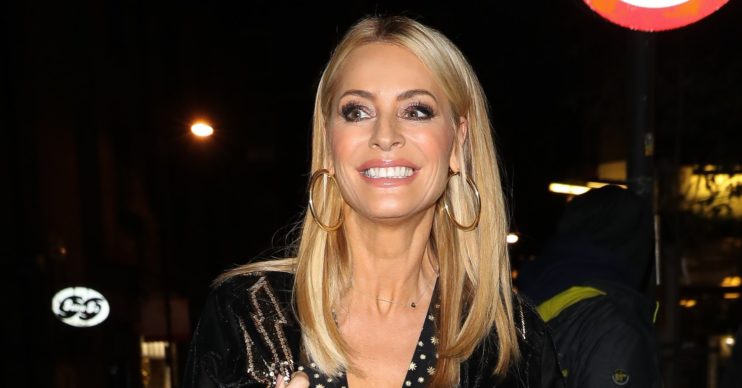 She recently revealed she 'doesn't do much exercise'

Tess, 51, is wearing a white bikini top in the photo and a pair of pretty patterned shorts.

With her arms outstretched, the mum of two was in the Maldives when the picture was taken.

What has Tess Daly said about her bikini picture?

Writing on Instagram, Tess said the holiday inspired her to design her own range of bikinis.

She told her 762,000 followers: “Remembering the joy of travelling somewhere so beautiful.

“The Maldives is one of the places that inspired our new @naia_beach beachwear collection.”

Tess, who is married to TV star Vernon Kay, went on to explain that she designed the range with her long-time friend Gayle.

“It’s a collection that was thoughtfully and passionately designed by women for women and we hope you feel beautiful in every piece,” she added.

Tess finished her message with some encouraging hashtags given the coronavirus pandemic.

Tess has previously lifted the lid on how she keeps in such great bikini body shape – and insists she isn’t a gym bunny.

Speaking to Women’s Health in 2017, she credited yoga and pilates sessions for her fantastic figure.

Tess told the magazine: “Honestly, I don’t really do that much exercise. I mean, I do yoga. But not that much really.”

The star went on: “I do yoga and Pilates, but I’m not militant about it.

“I try to make fitness part of my everyday routine. Vernon puts the exercise bike in the front room so I can work out while I’m watching TV.”

How did Tess find fame?

Tess, who initially considered a career in nursing, had her first taste of fame in her early 20s after being model scouted in McDonald’s.

The star’s first big telly gig was a presenting slot on The Big Breakfast.

She landed her Strictly Come Dancing co-host job in 2004, originally alongside the now-late Bruce Forsyth.