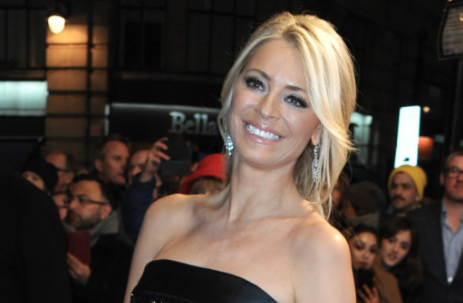 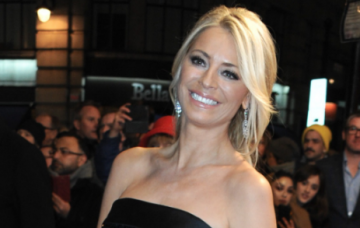 She opens up on married life

Tess Daly has had to overcome husband Vernon Kay and Page 3 star Rhian Sugden’s text scandals, and now she has alluded to what has kept her marriage going over the years.

Vernon was caught out ‘sexting’ former model Rhian more than once during his marriage to the Strictly Come Dancing host.

Tess seemed to suggest what has kept them united when she told the Daily Star: “There are so many highs with children to celebrate. It’s the good times that keep you together.”

She was speaking in an interview for TKMaxx’s Christmas Sock Day campaign in support of Cancer Research UK Kids and Teens.

Despite their obstacles, the 49-year-old star has been married to presenter Vernon, 44, for 15 years.

They have daughters Phoebe, 14, and nine-year-old Amber.

In 2010, Vernon’s texts to Rhian were revealed and their marriage was rocked. He then apologised to Tess publicly on Radio 1.

He said at the time: “I have disappointed and I have let down a lot of people. I am very sorry.”

Vernon added: “Tess is extremely upset. Hopefully I can clear the slate and start again.”

However, six years later news broke that he had sent Rhian, 32, messages again, in the space of three months.

Rhian, who is now married to Oliver Mellor, said she was sorry in a statement and admitted she had “regret” for what had happened.