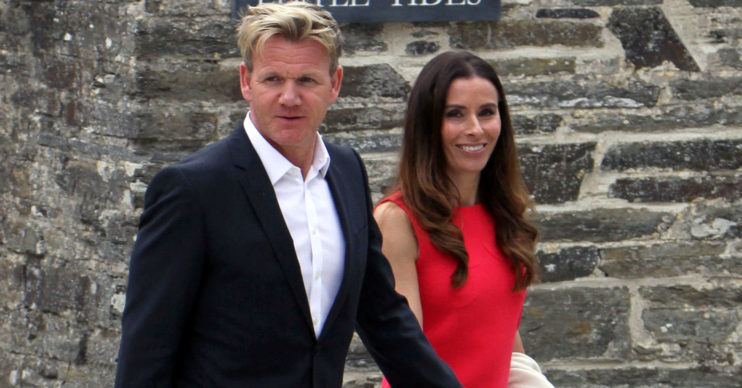 Gordon Ramsay’s wife Tana has treated fans to an adorable snap of her son Oscar – and fans can’t believe how much he looks like his famous dad!

The mum-of-five took to Instagram to share a photo of the tot as he ate breakfast in their lavish London home.

The shot shows one-year-old Oscar making a mess while tucking into yoghurt and fruit.

Another added: “Gosh he looks like his daddy, what a lovely little lad he is 😍 💙 .”

A follower gushed: “He’s so like Gordon and Jack!!! Such a chip off the old block!”

It’s certainly been an eventful week for the tot, who recently joined his dad at his first day back at his London restaurant.

Posting a series of snaps of the two of them to Oscar’s own Instagram account, Gordon said: “Had the best day with Dad back at work! So good to be back. Thank you for having me.”

Among the shots are ones of Oscar on his dad’s shoulders and the little lad playing about in the kitchen.

Meanwhile, Gordon himself was excited to be back at work. He shared a video to his own Instagram account saying: “Today’s the day, today is a significant day where we kickstart this amazing industry once again.

“105 days ago we were brought to our knees and it was a huge shock and for the first time across my career that we got told to stop.

“I’ve always been a very optimistic individual with my glass constantly half full, but these last three and a half months have been so testing for every chef that comes through, every waiter, all the families involved with restaurants.

“But what has been proven is how important the hospitality sector is because it gives such joy, breaking bread, creating the most amazing memories, celebrating.”

Gordon and his wife Tana, 45, welcomed the youngster into the world in April last year.

The couple announced the arrival of their fifth child, posting a photo on Instagram captioned: “After three BAFTAs and one Emmy… finally we have won an Oscar.”

The gang came under fire for relocating from London during the ongoing coronavirus pandemic, however, Gordon ignored the backlash.

The TV chef was also previously slammed by his neighbours for riding his bike near his Cornish home.