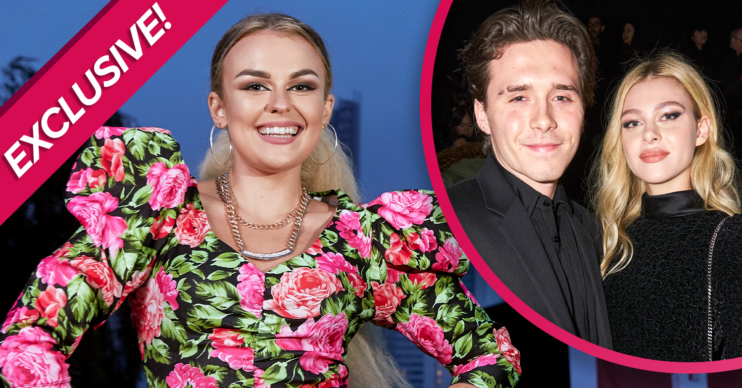 The couple split in 2014 after 18 months of dating

It’s reported that Tallia and Brooklyn dated for 18 months, with the pair splitting in 2014.

She said he was her first love and, as a result, he broke her heart.

So it might come as a surprise to discover she’s over the moon for her old flame and his fiancée Nicola Peltz.

The couple announced their engagement with a series of posts on social media last month.

Brooklyn revealed: “Two weeks ago I asked my soulmate to marry me and she said yes.

“I am the luckiest man in the world and promise to be the best husband and daddy one day.

“Good for him, I think that’s brilliant,” she said when asked how she felt about the news her ex had got down on one knee.

Brooklyn and Nicola shared their happy news just nine months after they started dating, so it came as a surprise to many.

However, Tallia told ED! she believes he’s found his “soulmate”.

“I’m happy for them and I think he’s found his soulmate.

Elton acted as a mentor for Tallia when she started her career at the tender age of 13 by supporting him on tour.

However, in 2018, Brooklyn denied ever dating Tallia. Instead, he insisted to fans in an Instagram live video that he wasn’t a “liar”.

She was left fuming as a result of his denial and said his comments “prove he is just a boy and I am looking to date a man”.