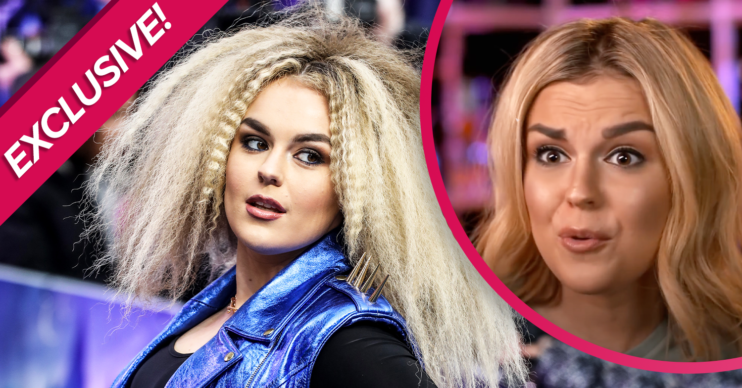 Singer Tallia Storm has revealed her “upset” after she was branded a “virgin” during her stint on Celebs Go Dating.

Tallia appeared on the show alongside the late Mike Thalassitis, who she admitted she had a crush on.

And it seems that during an interview about the show, Tallia made a comment about her sex life.

She was quoted as saying: “We are two completely different people. I’m like an angel and he’s a sinner. They say opposites attract and it’s quite literally that.

“I’m plain Jane, don’t drink and am quite literally the Virgin Mary. I’ve only ever kissed two guys in my life.

“I’m a virgin and he’s this insane rock and roll star. He’s got the charm and he knows how to woo a woman.”

However, speaking exclusively to Entertainment Daily, Tallia fired back at the story.

What did Tallia Storm actually say?

“Okay, so this actually really upsets me,” she told ED!.

“The journalist was like: ‘Have you slept with so and so?’ And I said: ‘I have never slept with anyone in my life.’

I have big problems with the word, I think it’s a horrible word, and that’s just what people read.

“And then whoever this journalist was turned it into ‘Tallia Storm said she’s a virgin’.

“I have big problems with the word, I think it’s a horrible word, and that’s just what people read,” she continued.

Tallia added: “I was 19 at the time and imagine writing that.

“I just thought using that word, please say I’ve never slept with someone, it’s a lot more feminine and ladylike than I’m a virgin, it was like I was asking for it.”

Read more: X Factor star Ray Quinn reveals he doesn’t speak to Simon Cowell after he was dropped by his record label

Tallia appeared on the show in February 2018 and she told us she’s “no further forward” when it comes to men.

“Let’s just say because of lockdown I’m no further forward with it, DMs, that’s my life, I have no man action,” she revealed.

However, it’s a case of watch this space when it comes to her DMs.

“There’s lots of interesting people in my DMs,” she teased, “but we don’t go there till it’s official.”

Another thing that isn’t quite official is Tallia’s upcoming appearance on the new Real Housewives of Jersey series.

She lives on the isle with her family and has hinted heavily that they’re taking part.