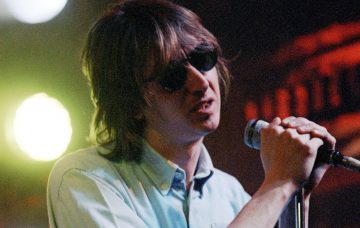 Tributes have poured in

The news has yet to be officially confirmed by Mark’s reps, and no cause of death has been released, but his cousin-in-law, Anthony Costello, and former bandmate, Paul Webb – aka Rustin Man – have both put out tributes to the musician on social media.

Bassist Paul wrote on his Facebook page about his shock at Mark’s passing.

Read more: Reverand Ruth Scott has died from cancer at 60

The 80s new wave band produced classic tracks It’s My Life, Life’s What You Make It, and Today, and their albums, Spirit of Eden, The Colour of Spring, and Laughing Stock have all been called masterpieces over the years.

Mark was the founder, lead songwriter, singer and creative spearhead of the band, but retired from music 20 years ago and became reclusive, wanting to live his life out of the public eye.

Fans of his from around the world, particularly in the music business, have flocked to send condolences.

Tim Pope, who directed the group’s music videos wrote: “Goodbye to Mark Hollis of Talk Talk… We had many, many laughs together.”

Goodbye to Mark Hollis of Talk Talk. Condolences to his lovely family. We had many, many laughs together. This is us being the nightmare interview from hell https://t.co/xzqfQnN4P6

And Hollywood actor Elijah Wood said: “Sad to hear that Mark Hollis has passed,” before retweeting a number of other fan tributes.

Sad to hear that Mark Hollis has passedhttps://t.co/348JSojg2U

Mark Hollis changed my life. Thank you for everything

And band Doves released a message saying they couldn’t “overstate the influence” Mark had had on them as musicians.

Goodbye Mark Hollis,We owe you so much ,I cant overstate the influence on us three as musicians and us as a band.#markhollis #talktalk

Do you remember Talk Talk? Leave us a comment on our Facebook page @EntertainmentDailyFix and let us know what you think.