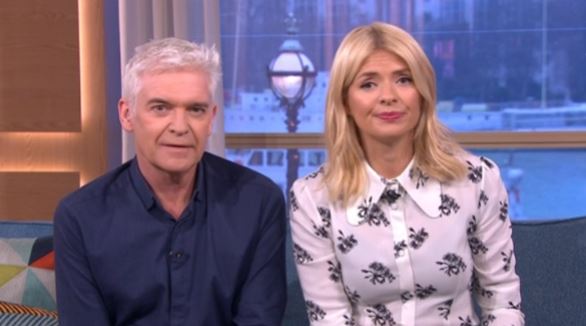 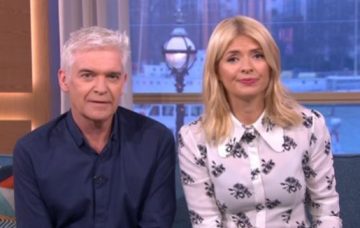 Holly Willoughby and Phillip Schofield opened today’s This Morning with a slew of warm congratulatory wishes to each other.

Well, it’s because they’ve both been nominated in the Best TV Presenter category at this year’s National Television Awards!

Also nominated (yet again) are the formidable and totally unbeatable Ant & Dec, who’ve won the gong for the last 16 years running!

So it’s pretty unsurprising that as well as congratulating each other on their nominations, Holly and Phil both commiserated with each other about not winning – even though the awards don’t actually take place until January 23!

Phil said: “We have found ourselves head to head in the Best Presenter category.”

Holly then interrupted: “No, the Ant & Dec Award, we should call it!”

Laughing, Phil agreed: “I have never been nominated for a single NTA in my entire life. We are all mates, this is great.”

Holly and Phil will go up against Ant & Dec and Bradley Walsh in the category.

Phil turned to Holly and said: “The three of us – you, me and Bradley Walsh, there’s no point. We won’t win, we don’t have to trouble ourselves with a speech. Ant & Dec have got it – 16 years in a row!”

Phil then suggested they rehearse for the big night of the awards, quipping: “And the winners are, for the 17th year in a row… Ant & Dec!”

He and Holly then showed off their ‘losers’ clap and smile.

It wasn’t all doom and gloom, though, as Phillip ended the segment by joking: “So, regardless, hashtag tequila!”

Does that mean we’ll have another Holly and Phil drunk / hungover in their night before clothes the morning after the awards?

There’s a good chance Holly and Phil will bring home an award, though, even if it’s not a presenter gong -This Morning has been nominated (as per usual) in the Best Daytime category, against The Chase, Loose Women and The Jeremy Kyle Show.