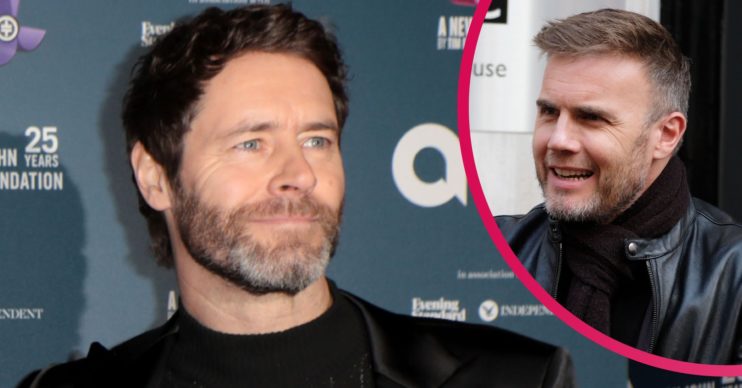 Take That star Howard Donald has admitted he doesn’t enjoy listening to the band’s catalogue of hits.

The singer-songwriter, 52, quipped that the group’s songs are “all [bleep]” as he insisted his own taste in music lies elsewhere.

What did Take That star Howard Donald say?

During a chat on the Events That Made Me podcast, he was asked what his favourite Take That song was.

Howard, who plays the drums and piano and also DJs, said he prefers electronic music.

“At the moment, I’ve got 15 boxes of vinyl downstairs, all dance music from the late ’80s and ’90s, I’m sifting through them at the moment. Beck, Chemical Brothers, Kraftwerk, early influences… Yellow Magic Orchestra, John Fox, Human League, Gary Numan.”

Howard performs in the band alongside Gary Barlow and Mark Owen, the current members of the group, which used to include Robbie Williams and Jason Orange.

Despite offering his honest view on the songs, Howard went on to heap praise on Take That’s incredible live shows.

He explained: “We’ve always said we want people to walk out of those arenas and say, ‘Wow, it was an amazing show. I got my money’s worth’.

“Production wise, you could spend anywhere between £10 million to £15 million producing a show like that. Then obviously you’ve got to do enough shows to get your money back, otherwise you would be doing it for free. And we are a business at the end of the day.”

Speaking further, Howard said the band never used to see men at their shows and the crowds were mostly women.

However, over the years, “the girlfriends would be bringing the guys”. And “the guys would have their arms in the air”.

He went on to say that, in more recent years, the band would sing at arenas were the “boxes [were] booked out with stag dos, singing along”.

Howard added: “They know Take That’s going to deliver a performance. Whether you like the music or not.”

Are you a fan of Take That? Leave us a comment on our Facebook page @EntertainmentDailyFix and let us know.