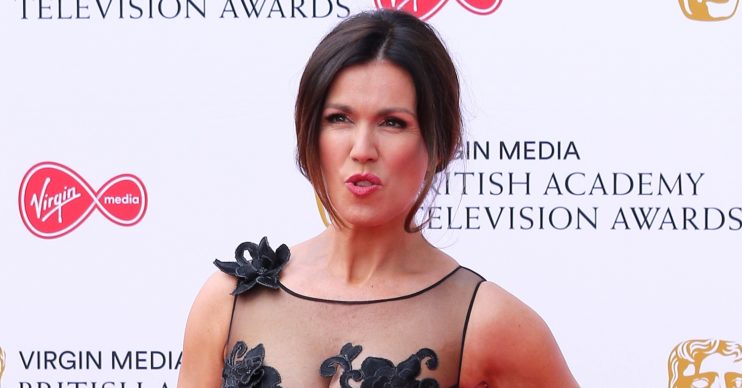 But she thinks it was 'inevitable'

Presenter Susanna Reid has warned that some of the big format changes planned for the new series of Strictly Come Dancing could be a “significant blow” to the popular BBC programme.

Bosses are reportedly scrapping the annual episode filmed at the iconic Tower Ballroom in Blackpool.

It’s reported to be one of a number of changes in the pipeline, as part of a plan to avoid cancelling the next series amid the coronavirus pandemic.

What did Susanna Reid say of the changes?

Good Morning Britain host Susanna, 49, said it was “inevitable” as she addressed the decision in her latest column for the Daily Mail.

“Inevitable I suppose,” she wrote. “But cancelling Blackpool would be a significant blow to Strictly Come Dancing.

“When you start out on the show, and reporters ask how you think you’ll get on, it’s almost illegal not to say ‘I just want to get to Blackpool’.”

Susanna went on to reflect on the moment she first saw the Tower Ballroom. She was on the show in 2013.

Cancelling Blackpool would be a significant blow.

“I’ll never forget the moment I was led, with my hands over my eyes, into the Tower Ballroom for the very first time,” she told readers. “The ornate ceiling, velvet boxes, and the Wurlitzer organ that emerged from the depths of the ballroom floor took my breath away.”

Writing further, Susanna said she thinks it will be “so sad” if the Blackpool week is missing.

A ‘very different’ show this year

It follows the Daily Star quoting a TV insider who claimed this year’s Strictly will be “a very different show”.

They told the publication: “Strictly will be a very different show this year. [Bosses have dropped] a lot of the things fans love.

“Group dances and a studio audience just can’t happen with social distancing. Cancelling Blackpool weekend was not an easy decision.

“But doing it in the current climate is too difficult. It isn’t worth doing if there won’t be a crowd.”