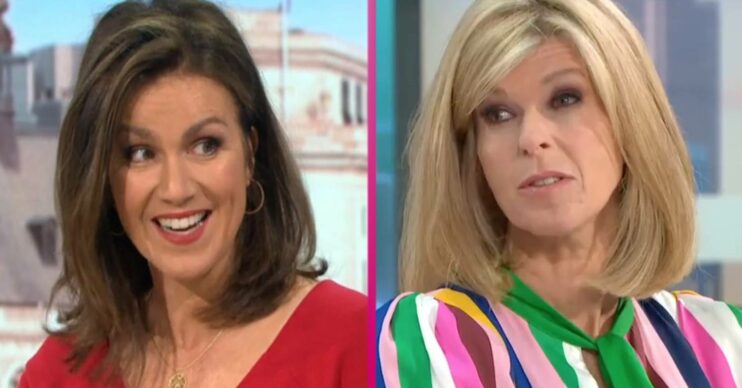 Susanna hadn't been due to return until September.

Susanna Reid is returning to Good Morning Britain in a kind gesture to Kate Garraway amid her husband’s health battle.

Susanna, 50, was due to make a return to GMB this September after a summer break.

However, Susanna will be stepping in a little early to help out current host Kate as she supports her husband Derek, who is recovering from  COVID-19.

Co-host Richard Bacon confirmed today (August 19) that Susanna will be presenting the show this Friday to cover Kate, who is heading off on holiday with her two children.

“She’s been very kind because I had a very tight window where I could get everybody to come and look after Derek so I could take the kids away. Obviously, he has nurses as well,” Kate explained.

Susanna Reid took a break from Good Morning Britain earlier this year as part of a summer sabbatical.

She was originally due to return in September but will be covering Kate for a day this Friday (August 20).

Kate admitted the family needed a break to feel “refreshed” after husband Derek’s long-term battle with Covid and now its after-effects.

Derek has been suffering from the effects of the illness for over a year and currently receives care at the family home in London.

“I think we’re all quite emotional, the three of us, about going away without him and whether that feels a bit strange to do,” she added.

Kate then joked that Richard was doing a “tour of all the GMB women”, as he’s presenting with Charlotte Hawkins on Wednesday, herself on Thursday, Susanna on Friday and Ranvir Singh on Monday.

Meanwhile, Kate was two hours late to the studio this morning after oversleeping.

“I was up late thinking if I’ve remembered everything [for the holiday]. That’s my excuse,” she said.