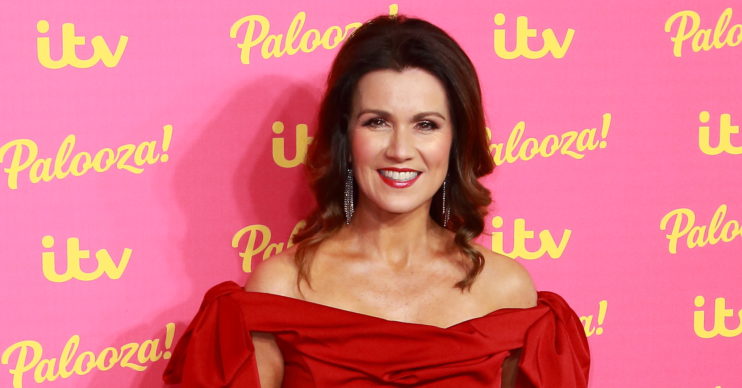 Does this mean they're back together?

Susanna Reid was snapped enjoying a ‘date night’ with her ex Steve Parish.

This seemingly confirmed that their relationship is back on.

What were Susanna and Steve doing?

The pair emerged from an Indian restaurant. Steve planted a kiss on her forehead while they walked arm-in-arm together.

They hailed a cab and disappeared into the night together.

The pair split amicably in 2019 after an eight-month romance.

Susanna began dating the divorced dad-of-two in 2018, after finding that they had a shared love of Crystal Palace.

Who has been filling in for Susanna?

Both Susanna and Piers are currently on a summer break from GMB and due back on September 1.T

he show has seen the likes of Kate Garraway, Adil Ray and Sean Fletcher taking on presenting duties.

Kate, 53, has bravely come back to work as her husband, Derek Draper, is still in hospital battling the effects of coronavirus.

But she revealed on Thursday (August 19th) that she had received ‘abuse’  from some viewers after ‘laughing and joking’ on screen.

“With me doing this show, if we’re having a laugh and joke, because that’s our job in the morning to cheer everybody up, people then say does that mean you’re not worried about Derek or you’re not feeling sad about it,” she told viewers.

Shame you can’t borrow my much larger ratings too. https://t.co/E2oytHGi6K

What’s Piers been up to?

Elsewhere, Susanna’s co-host Piers Morgan took a swipe at GMB presenter Sean Fletcher after he made a joke about Piers’ ever-expanding neckline.

Sean quipped that he had borrowed his tie from Piers’ wardrobe, but it was loose on him because of his colleague’s ‘larger neck’.

Soon Piers bit back saying: “Shame you can’t borrow my much larger ratings too.”