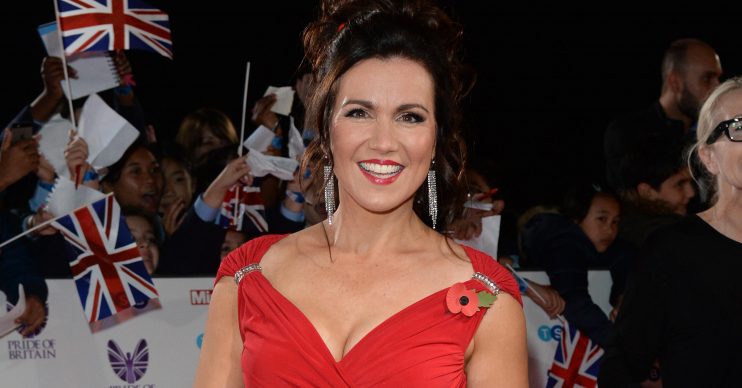 She's got her knickers in a twist!

She sits next to outspoken TV host Piers Morgan every morning on Good Morning Britain.

Now is seems his behaviour appears to have rubbed off on Susanna Reid.

The popular TV presenter has spoken out against gender-neutral toilets and said that the ladies should be just that and not turned into unisex loos.

Writing in the Daily Mail, Susanna revealed that she’s unimpressed by London’s Old Vic theatre opening up the ladies toilets for men to use.

Read more: Louis Walsh reignites his feud with Cheryl and says she’d only win X Factor if she “mimed”

She said: “There comes a time in every woman’s life when she just needs to escape to the ladies. It’s my refuge if I’m being bothered at a gathering or need to escape from a crowd.”

The GMB host said the move towards unisex toilets in schools is also “causing concern among parents”.

She claimed that some pupils are even cutting down on their fluid intake so that they don’t have to use the toilet as often at school.

She added: “There have been times I have needed to be with my girlfriends in the loo to hold back my hair after downing too many shots.”

Susanna also said that men aren’t traditionally as hygienic as women, and often leave the toilet seat up.

As “squeamish” as she may sound, Susanna said the less her hands touch the toilet seat “the better”.

She concluded: “There is no easy answer, apart from the refurbishment of buildings to include ladies, gents and gender-neutral conveniences. Until this happens, I’d like to keep a private female space.”

What do you think about unisex toilets? Let us know on our Facebook page @EntertainmentDailyFix.