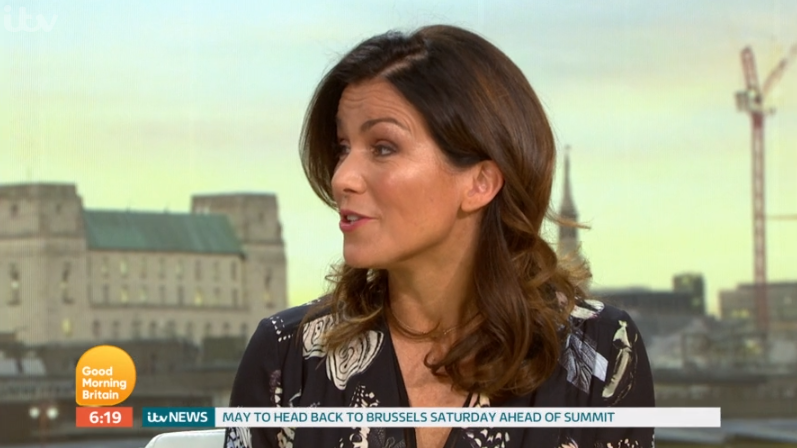 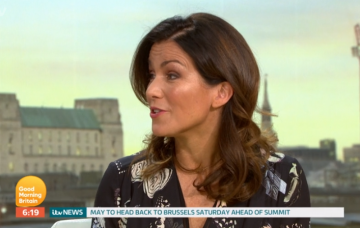 She said he wasn't impressed with the present

Susanna Reid has joked her unromantic Christmas gift to ex Dominic Cotton was to blame for their doomed relationship.

During Thursday’s Good Morning Britain, the presenter revealed she bought Dominic – who she shares three children with – an electric toothbrush the first year they met.

Susanna, 47, also said Dominic gifted her a side table but it hasn’t managed to last.

After co-star Ben Shephard revealed he plans to give wife Annie a stapler for Christmas, Susanna said: “For mine and Dom’s first Christmas, I gave him an electric toothbrush.

“If we were married, Ben, you’d think that was a sign of love. But Dom wasn’t impressed sadly and that was the beginning of the end.”

The mum-of-three then spoke about the table Dominic gifted her.

She continued: “He got me a table. A little side table,” to which co-star Kate Garraway said: “That’s very good.”

Ben asked Susanna: “Has the side table survived? Does it still exist somewhere?” to which Susanna replied: “No it hasn’t.”

Ben joked: “So that didn’t last either.”

The star split from Dominic back in 2014 after 16 years, and hasn’t had a relationship since now – choosing to focus instead on her career, and on raising her three sons.

It came after the star admitted she was ready to find romance again following her split from Dominic.

She told Daily Mail’s You Magazine last month: “This is the right time of my life to explore that now. I’ve spent a significant amount of time since the split focused on the children and on work.”

She said that since her kids became more independent, she felt comfortable exploring her own social life outside of them.

What is the worst Christmas gift you’ve ever received? Leave us a comment on our Facebook page @EntertainmentDailyFix and let us know what you think!