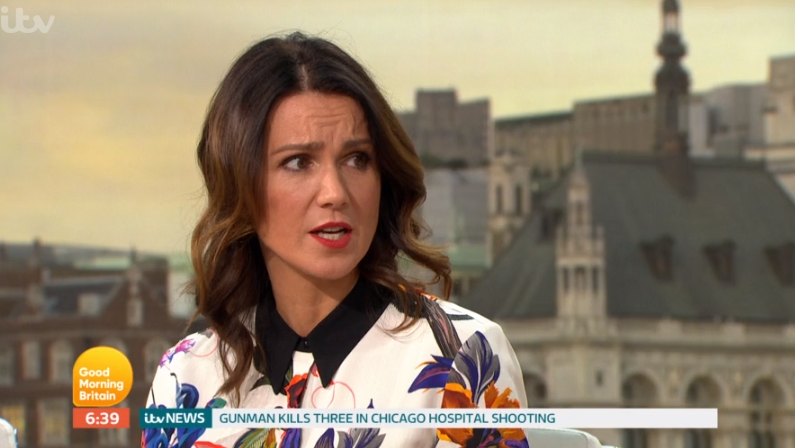 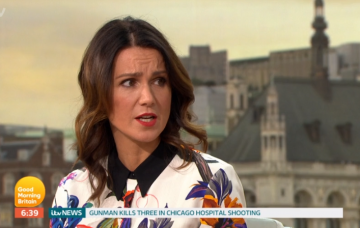 The person was armed with a knife

Susanna Reid has revealed she once chased after an armed mugger who slashed her handbag with a knife.

The Good Morning Britain presenter has opened up about the “traumatic” ordeal – which happened in Brixton, South London – as part of a discussion about bystanders filming a violent assault on a female police officer instead of stepping in to help.

Susanna, 47, said it was her “instinct” to run after the guy who mugged her.

Speaking on the ITV breakfast show, she said: “I got mugged once by a guy with a knife and my instinct was to run after him.

“It’s not rational and obviously it was dangerous, but he got scared and dropped my bag.

“He slashed my bag off me and cut through my coat. I was incandescent. I ran around 100 yards after him. He ran up over a bridge because I was absolutely furious.”

The presenter continued: “I followed him up over the bridge and saw him shaking out my bag. He ran off.

“He took the cash out of my bag, but I got the bag back, which was obviously broken, and my phone and my keys.”

Unfortunately, the criminal wasn’t caught after Susanna wasn’t able to pick him out of a lineup.

She didn’t get a good look at the man when she chased after him, because she was “acting on instinct” rather than making a conscious decision.

She added: “I think it was red mist. I wasn’t really looking at him. I was just acting on instinct.

For the first time, Susanna Reid opens up about the time she got mugged. pic.twitter.com/WZVeMQlaR9

“I don’t think I would have chosen to do it, it was because I was propelled to do it. I just wouldn’t let him get away with it.”

Susanna admitted the attack had a “traumatic effect” on her for a while afterwards.

After the show, Susanna took to Twitter to ensure fans she is fine.

He cut handbag from me with a knife. I ran after him in a rage. Caught up with him, shaking out bag. He ran off, with cash. I retrieved phone & keys.

She tweeted: “Thanks for lovely messages. The mugging happened 17 YEARS ago…so I’m fine.

“He cut handbag from me with a knife. I ran after him in a rage. Caught up with him, shaking out bag. He ran off, with cash. I retrieved phone & keys.

Can you relate to Susanna’s comments? Leave us a comment on our Facebook page @EntertainmentDailyFix and let us know what you think!