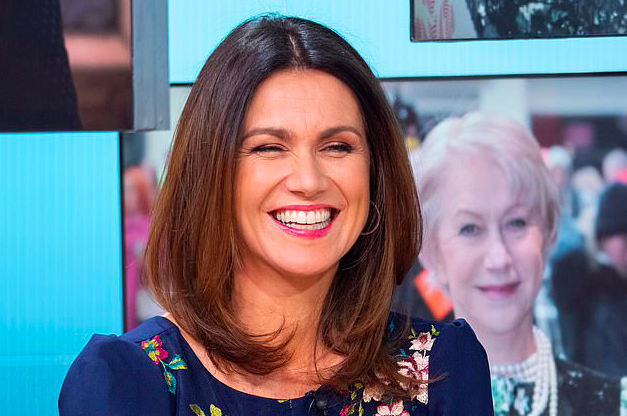 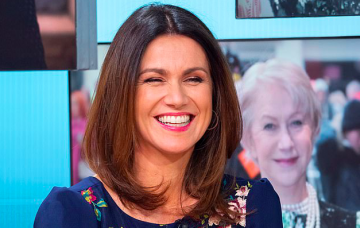 Susanna Reid has revealed she has a secret crush on a much-younger celebrity – despite the 24-year age gap!

The Good Morning Britain presenter, who is 48, told shocked viewers this morning (Thursday 31 January) that she has a soft spot for 24-year-old singer Justin Bieber…

During a live segment today, the host was teased by her co-hosts Ben Shephard and Kate Garraway for liking the much younger man, but she revealed the feeling could be mutual as he follows her on Twitter!

Discussing the fact that he has 105million Twitter followers and 104million on Instagram (putting the likes of Kim Kardashian in the shade), Susanna decided to direct message the global superstar live on air!

She simply wrote: “Morning, how are you doing?”

Read more: Sisters of Fred and Rose West victim call for death penalty during interview on This Morning

Reminiscing about the moment she noticed he was following her, she said: “I do remember the moment Justin Bieber followed me on Twitter and I thought I could…”

Ben saw this as an invitation to be cheeky and joked: “Be his gran? Is that what you were going to say?”

Susanna replied: “No I didn’t, but that’s what he might have thought.”

Kate then joined in the teasing, saying: “Do you exchange flirty messages with Justin Bieber?”

If tattooed didn’t hurt everyone would have them. Well maybe not very one!!Over a hundred hours of art work on my body and I wouldn’t take back a single one.. I ABSOLUTELY LOVE ART AND IVE MAde my body a canvas and it’s SO MUCH FUN

Susanna shot back: “Don’t you start with your Harry Styles crush Kate Garraway! We’re all in glass houses, let’s not start throwing stones.”

The TV presenter and Strictly star must really like tattoos, as Justin has hundreds of them!

He also has a wife – after announcing his marriage to Hailey Baldwin last year.

He told his fans: “Listen plain and simple Hailey I am soooo in love with everything about you!

“So committed to spending my life getting to know every single part of you loving you patiently and kindLY. […] My heart is COMPLETELY and FULLY YOURS and I will ALWAYS put you first!

“You are the love of my life Hailey Baldwin and I wouldn’t want to spend it with anybody else.”

For all those taking part in Dry January, your month off alcohol is almost over. There’s only ONE day left! 👏👏👏

While most fans laughed off Susanna’s unlikely crush, some critics called it “creepy”, with one saying: “Anyone else think that this is creepy? It would be a news front page if it was a male of 48 to a female of 24????”

Another called Susanna “a creepy old cougar”, and one more said: “Very sad Susannah. You are practically old enough to be his grandmother.”

Fun or creepy? What do you think? Leave us a comment on our Facebook page @EntertainmentDailyFix and let us know what you think!