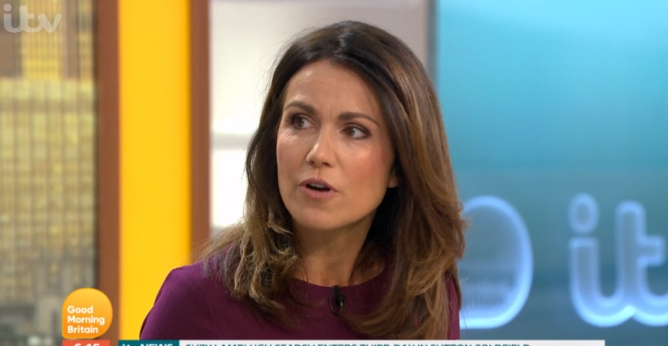 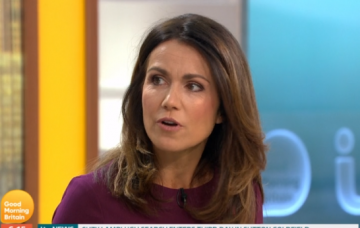 Susanna Reid left flustered as co-star ‘flirts’ with her

The presenter, 47, waved her hands in front of her face as the Ackley Bridge actor used his best chat-up line on Susanna as he filled in for Piers Morgan on the show.

After watching a clip of Prince Harry delivering a speech in local New Zealand language Māori – also known as te reo – Adil, 44, told Susanna she was “very beautiful” in the Persian language Urdu, the official language of Pakistan.

As the video of Harry came to an end, Susanna gushed: “There’s something very appealing when you can just speak in a different language.”

Adil clearly seen that as the perfect opportunity to charm Susanna by paying her a compliment in Urdu before asking her: “Did you like that?”

Giggling, Susanna replied: “I did like that. What does it mean?”

Adil said: “That was Urdu, my name is Adil and Susanna you are very beautiful.”

Clearly stunned by his comment, Susanna waved her hands in front of her face and said: “It’s our last day working together and you left the best till last.

“It’s been lovely having you this week, I do love it when people speak in different languages.”

Comedian and actor Adil, who has starred in BBC sitcom Citizen Khan since 2012 and has also been honoured with an OBE from the Queen, stood in for Piers on GMB this week while the presenter enjoys some time off.

Meanwhile, earlier this month, Susanna admitted she’s ready to find romance again following her split from ex Dominic Cotton, with whom she shares sons Jack, Sam and Finn with.

They split in 2014 and Susanna hasn’t had a relationship since – choosing to focus on her career and on raising her three boys.

But she’s ready to get back in the game now that her children are teenagers, telling You Magazine: “This is the right time of my life to explore that now.

“I’ve spent a significant amount of time since the split focused on the children and on work.”

She said that since her kids had become more independent, she felt comfortable exploring her own social life outside of them.

Can you relate to Susanna’s comments? Leave us a comment on our Facebook page @EntertainmentDailyFix and let us know what you think!