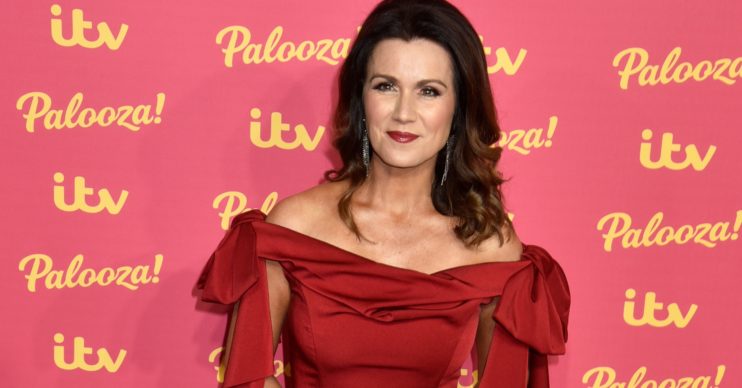 She was single for a year

Susanna Reid is reportedly giving romance another go with her ex.

She was dating Crystal Palace chairman Steve Parish until just over a year ago.

But since the easing of lockdown, neighbours have seen Steve at Susanna’s home again – presumably enjoying cosy nights in with the Good Morning Britain presenter.

A source told The Sun: “They’ve obviously decided to give things another go and have been together quite frequently recently.

“Steve has been over a few times.

“It’s quite conspicuous when he goes there because he has a very flash car.

“But otherwise they’ve always got on well. Hopefully things work out well for them. They’re both lovely.”

The couple first started dating back in August 2018.

They were together for nine months, with Susanna regularly pictured sitting by his side during Crystal Palace games.

He once lifted up a newspaper with a front page story about the pair live on air.

It was reported in April last year that Susanna and Steve had called off their relationship.

It happened just one day after they were pictured together looking cosy.

A representative for the star told Mirror Online at the time: “It was a mutual decision and they remain firm friends – there are no further comments to make.”

When quizzed about it on Good Morning Britain by Piers, Susanna insisted she was “fine.”

It later emerged that Susanna had already split from Steve when they were pictured together the day before their break-up was reported.

Steve was the first man Susanna dating following her split from Dominic Cotton, the father of her three children.

Their split came not long after her stint on Strictly Come Dancing in 2013, and she insisted her time on the show had nothing to do with their relationship ending.