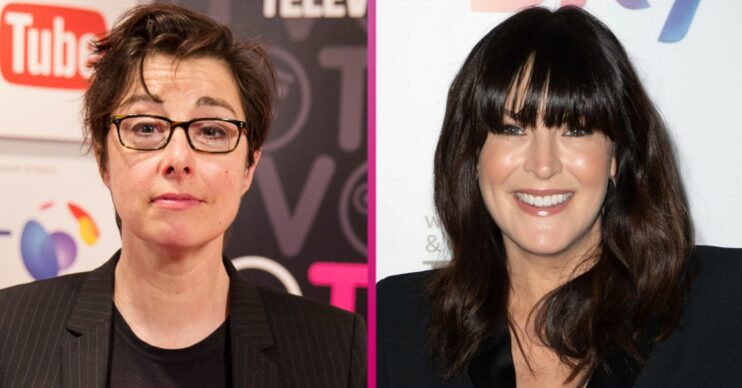 The pair were together for seven years

The presenters are believed to be “devastated” after calling time on their relationship last week.

The former Great British Bake Off host, 51, and the Naked Attraction star, 50, have been together since 2014.

According to The Sun, the pair recently ended things for good.

A source told the publication: “It’s really sad. Both Anna and Sue are devastated.

“We’re all hoping they can patch things up and sort out their differences but for now it appears to be all over.”

When did Sue Perkins and Anna Richardson start dating?

Anna and Sue met in 2013 at a Halloween party and they started a relationship shortly after.

Their relationship followed shortly after Anna had broken up from her boyfriend Charles Martin.

The former couple had been together for 18 years.

Sue and Anna kept their relationship a secret for several months.

However, they were forced to confirm their romance after the press caught on.

Meanwhile, Anna previously admitted it is wonderful being in a relationship with a woman – but very intense.

Anna and Sue are devastated

“This I have learnt. It’s an emotional tsunami.”

ED! has contacted Sue and Anna’s reps for comment.

Anna opens up on wanting children

Furthermore, the shock news comes months after Anna opened up on the possibility of adopting.

Speaking to Hello! Magazine, the presenter admitted adopting or fostering a child was “on the things I still want to do”.

She explained: “For some time I’ve toyed with the idea of fostering or adopting a child.

“I can only speak for myself, not Sue [Perkins], but I really want to do the training [to foster] and welcome a child into my life.

Prior to their split, Anna previously described the moment they met as an “extraordinary, memorable evening”.