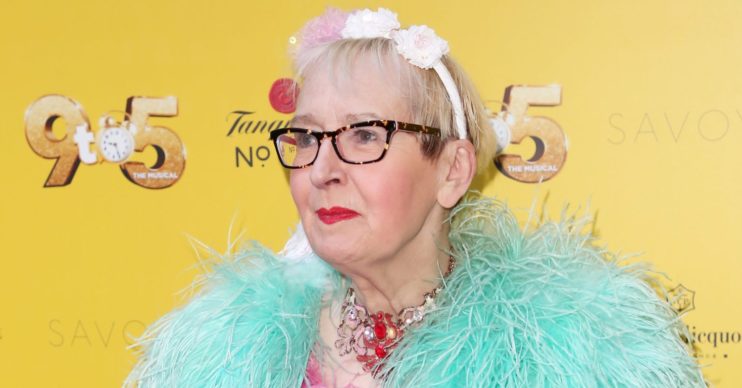 Who are this year’s Celebrity MasterChef contestants? Su Pollard reportedly signs up for 2021 series

This year’s lineup of Celebrity MasterChef contestants will include actress Su Pollard, according to reports.

An insider claimed the BBC is “made up” Su has signed on the dotted line, calling it a “real coup” for the show.

Su Pollard one of the Celebrity MasterChef contestants for 2021?

Speaking to The Sun, a source said Su would “bring joy” to the programme when it returns to screens this summer.

They told the newspaper: “It’s a real coup getting Su. We’re made up. She’ll bring joy to the show.”

She also featured alongside her Hi-de-Hi! co-stars Jeffrey Holland and Paul Shane in the sitcom You Rang, M’Lord?

Su will reportedly be joining Katie Price on Celebrity MasterChef.

It’s a real coup getting Su. We’re made up. She’ll bring joy to the show.

In February, The Sun reported that the former glamour model had signed up to be one of this year’s Celebrity MasterChef contestants – and was keen to show off her cooking skills.

A source at the time said she is a “really good cook” and “won’t crumble under the pressure” of whipping up meals in front of the show’s hosts, Gregg Wallace and John Torode.

Who won Celebrity MasterChef in 2020?

The next run of contestants will be looking to replicate the success of Irish broadcaster Riyadh Khalaf, who won last year.

The presenter and YouTube star “came of age” in the 2020 final, according to the judges, after he blew hosts Gregg and John away with a perfect three-course meal.

Read more: How did Masterchef critic Grace Dent become a food critic and how old is she?

Most of the dishes he whipped up throughout the show took inspiration from his Iraqi heritage.

After winning, he said: “I am absolutely in shock. I can’t believe it, it’s an incredible feeling. This show I have been watching since I was in school and to have gone from being a fan of the show to winning the thing – this is without a doubt the biggest achievement of my life.”

What do you think of the lineup of Celebrity MasterChef contestants for 2021 so far? Leave us a comment on our Facebook page @EntertainmentDailyFix and let us know.