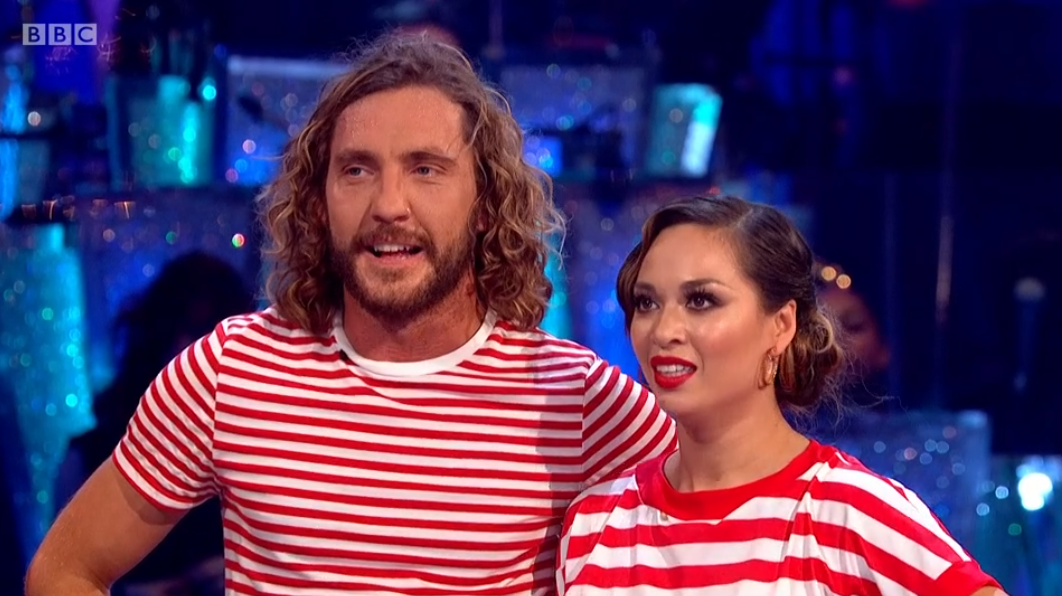 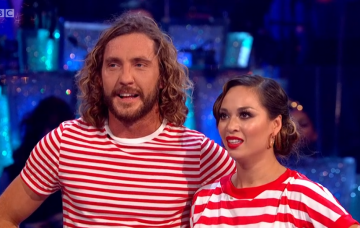 Strictly Come Dancing star Seann Walsh took a tumble after falling off a table during rehearsals for the show this week.

The comedian took to Instagram on Thursday as he and pro partner Katya Jones filmed themselves practising their Viennese Waltz to I Put A Spell On You for Saturday night’s Halloween special.

After falling, Seann joked about failing at his vow to be less clumsy after judge Darcey Bussell criticised his “clumsiness” in last week’s show.

He wrote: “Following Darcey’s advice, this week’s goal was to be less clumsy…”

Seann then posted a video of himself and Katya dancing as he stepped up onto a small red table, before the prop collapsed beneath him causing Seann to fall to the floor onto his lower back.

Katya let out a screech as she stood over her dance partner as he led on the floor.

In another post shortly after, Seann simply wrote: “Typical.”

They had also been in the bottom two the previous week, however, were saved by judges as Katie Piper was voted off.

Earlier this month, Seann and Katya were at the centre of controversy after they were pictured snogging in the street following a night out in London.

Comedian Seann was subsequently dumped by his girlfriend and they were calls from some viewers for Seann and Katya to be pulled out of the competition.

Following the kiss, Seann and Katya performed the Charleston after reports claimed Strictly bosses had changed the pair’s upcoming routine to make it “less sexy”.

Last weekend, they performed the Quickstep to Lightning Bolt by Jake Bugg.

Meanwhile, on Saturday night, the duo are hoping to impress judges with their Viennese Waltz to I Put A Spell On You by Screamin’ Jay Hawkins.

Who is your favourite Strictly pair? Leave us a comment on our Facebook page @EntertainmentDailyFix and let us know what you think!