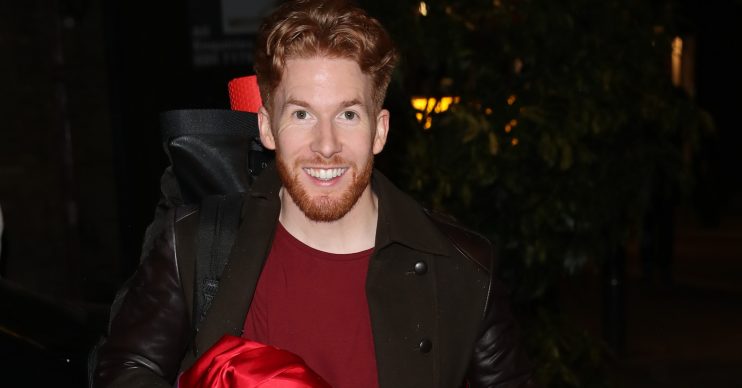 But he doesn't have furniture!

Neil, 37, took to social media to document the move.

Read more: Strictly’s Katya Jones explains why she broke down in tears on Saturday’s show

Neil – who was partnered with Alex Scott on the last series of Strictly – posted onto Twitter a video showing a man looking around an empty flat.

A New year and now I’ve moved to my new Flat.

He captioned the image: “A New year and now I’ve moved to my new Flat.

Fantastic gift. Thank you wifey you definitely put a smile on my face for 2019 with this match at Anfield, it was an emotional rollercoaster but the red men walked away with the 3 points. I might let you take me to more matches with @liverpoolfc . Do u know the perfect gift for a loved one or your other half??? . . #liverpoolfc #redmen #ynwa #saturdayfootball #matchday #christmasgift #anfield

Neil also added a video to his Instastories, which showed him and a friend lugging his gear on a trolley.

He joked: “Moving flat today, and this is how you do it.”

He then urged his friend Michael to ‘push’ as they struggled to move the trolley down the street.

The couple tied the knot in 2013, but their marriage came under the spotlight during the 2018 version of Strictly when Katya was photographed kissing her dance partner, comedian Seann Walsh, in October of that year.

Seann and Katya then appeared on spin-off programme It Takes Two to apologise for the incident.

Last month, Katya told OK! Magazine that she and Neil were in no rush to start divorce proceedings and were ‘in a good place’.