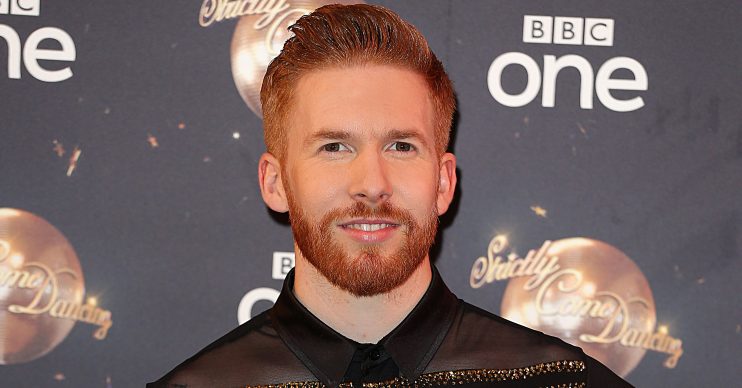 The 23-year-old was in a relationship with British superstar DJ Hannah Wants until very recently but left to be with Neil.

As a result, the split left Hannah ‘devastated’.

How did Neil Jones meet his new girlfriend Luisa?

He shared an image on Instagram, showing the loved-up pair smooching in a kitchen.

But The Sun reports that Luisa left Hannah ‘devastated’ by leaving her.

Neil met Luisa eight months ago on a trip to South Africa.

A source told the newspaper: “Hannah paid for Luisa to come over and stay with her. They were very loved up and planned to get married.

“Hannah has been left completely heartbroken by all of this. They were in London sightseeing just last month.”

It’s claimed that Neil and Luisa met back up in London when both Hannah and Luisa were visiting.

Why did Neil Jones and Katya split?

Earlier this year, Neil moved into a new flat after he officially split from his wife, Katya Jones.

But she hit the headlines in 2018 when she was snapped snogging her Strictly partner, comedian Seann Walsh.

They later appeared on It Takes Two to apologise.

When is Strictly Come Dancing returning?

Neil recently appeared on Good Morning Britain to address rumours that host Adil Ray might be part of this year’s series.

He was asked when the show would return and who some of the contestants might be.

“We find out when you find out,” he said.

“We’ll be in rehearsals and the line-up will be coming out. We genuinely have no idea!”

Other celebs rumoured to be involved in this year’s series include 21-year-old Brooklyn Beckham.

A source told the Mail On Sunday: “Brooklyn would be a dream signing for Strictly.

“He’s being written about absolutely everywhere.

“He has a huge social media following and would raise the profile of the show, not just in the UK, but also in America where he has a lot of fans.”