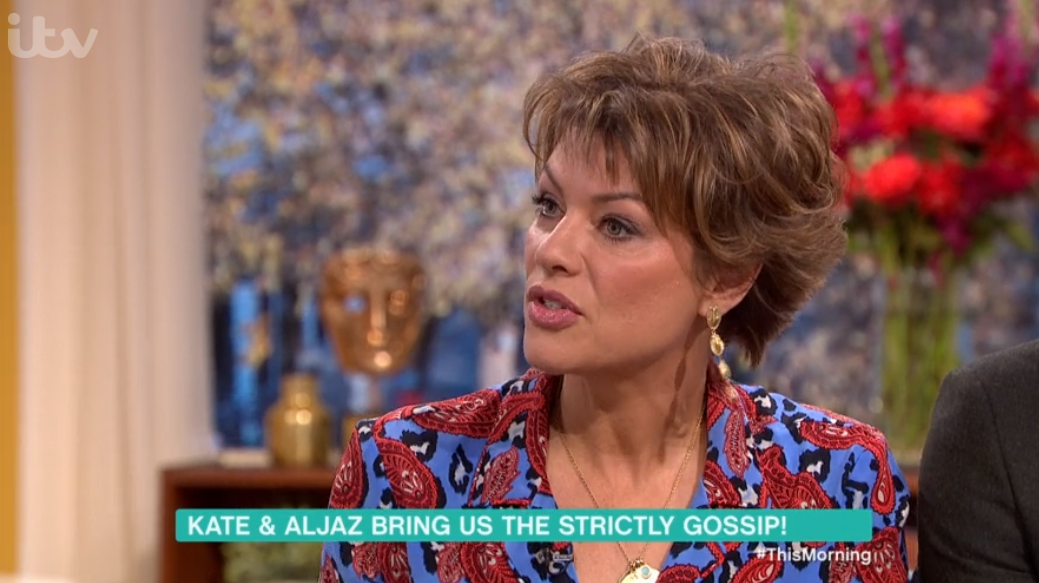 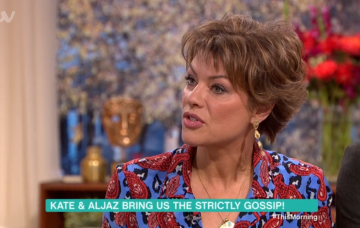 She also described the show as "addictive"

The BBC News presenter appeared on Thursday’s This Morning alongside her pro partner Aljaž Škorjanec, 28, to talk about her Strictly journey so far.

Kate, 48, admitted taking part in the dancing competition is “addictive” and she’s “literally beside” herself over how much weight she’s lost since being on the show.

Speaking about the impact training has had on her body, Kate said: “All these muscles that have been lying dormant so long have suddenly come back in and getting abs again and everything.

“In fact, I had to be re-measured. I’ve gone down two dress sizes, [I’m] literally beside myself. How amazing.”

Gushing over being part of the show, Kate continued: “It is so addictive and so joyous. I would recommend it to everyone.

“Having started from absolute scratch, I’m actually feeling much more in my skin learning the steps and everything.”

She added that she is going to “miss it literally the moment” her Strictly journey ends.

Kate also said she feels that she performs better if she has a character to play.

“It helps you get over the nerves – if you are someone else, then it does feel as if it’s easier,” she explained.

She said the samba the pair danced a few weeks ago to Africa by Toto was the only one where they did not have a character, and could be the reason they scored so poorly.

Strictly judge Craig Revel Horwood had commented that the dance “belonged behind a news desk” before awarding it five points.

Kate and Aljaž then gave viewers a sneak peek of their upcoming rumba which they’ll perform this weekend.

After showing off a little move, Aljaž joked: “That was lovely, that was amazing. She just cancelled our training, that’s how good that was.”

Kate and Aljaž will dance a rumba this weekend to Skin by Rag’n’Bone Man.

Kate recently opened up about her weight loss since doing the show, revealing she’s already lost over a stone.

She told the Mirror earlier this month: “I think I’ve lost a stone already, it’s the Alijaz school of weight loss. And my husband is very happy about that… nudge nudge.

“I feel liberated too! I was looking at my thighs today and I’m getting so much definition.”

Strictly Come Dancing airs on Saturday at 6.50pm on BBC One.

Do you enjoy watching Kate on Strictly? Leave us a comment on our Facebook page @EntertainmentDailyFix and let us know what you think.