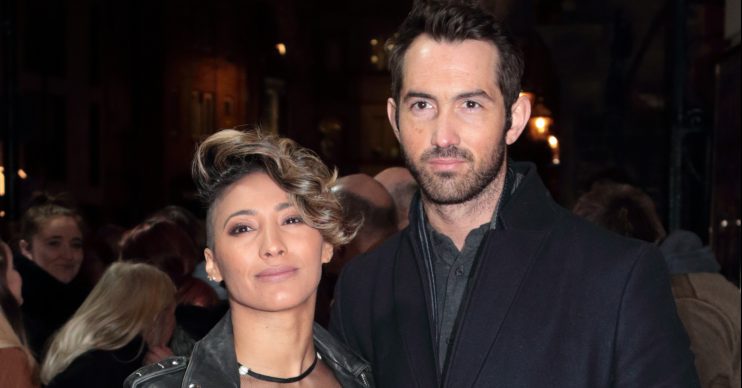 Strictly: Karen Hauer on her new man and being with someone who ‘doesn’t try to change’ her

The pair have been together for two years, after meeting at the premiere of Disney film Coco in January 2018, months after Karen’s split from fellow Strictly pro Kevin Clifton.

They moved in together in April this year and live with their fur babies, pooches Betty and Marley.

Good things happen when you least expect it .. . To find out more checkout this weeks @hellomag . For a sneaky preview of our shoot and interview click Link in my bio . 🌻

Karen revealed to Hello!: “He’s my rock. It’s so nice to have someone that understands and accepts me, doesn’t judge and doesn’t try to change me in any way. Everyone just falls in love with him too, because he has such a beautiful soul.”

David, meanwhile, revealed that he feels like the “luckiest man on earth” having partnered with Karen.

It did affect me mentally and physically – I wasn’t in a good place.

Opening up about their chance meeting at the premiere, David said that he had no idea who Karen was as he wasn’t a Strictly fan.

As a result, she told her future beau that she was a painter and said it was nice to have a “normal” conversation with David.

Karen also opened up about her split from Kevin and said she “wasn’t in a good place” when she met her new man.

She revealed: “I’d taken a big hit and I was going through a whole explosion of emotions. My life was changing completely from one day to another. It did affect me mentally and physically – I wasn’t in a good place.”

However, it doesn’t appear to have put her off marriage in the future.

“Never say never,” she said. “It’s really beautiful to be married, regardless of what’s happened in the past.”

Karen also opened up about her relationship with Kevin and said they now have a “lovely” friendship.

He is currently loved-up with his previous Strictly dance partner Stacey Dooley.