They welcomed their first daughter Mia back in July and now Gemma Atkinson and Gorka Marquez have opened up about the tot's traumatic birth.

Appearing on Loose Women, Gemma looked radiant and said that life as a mum was going "so well".

She revealed: "It kind of feels like we've got the hangover without the night out or the jet lag without the long flight." 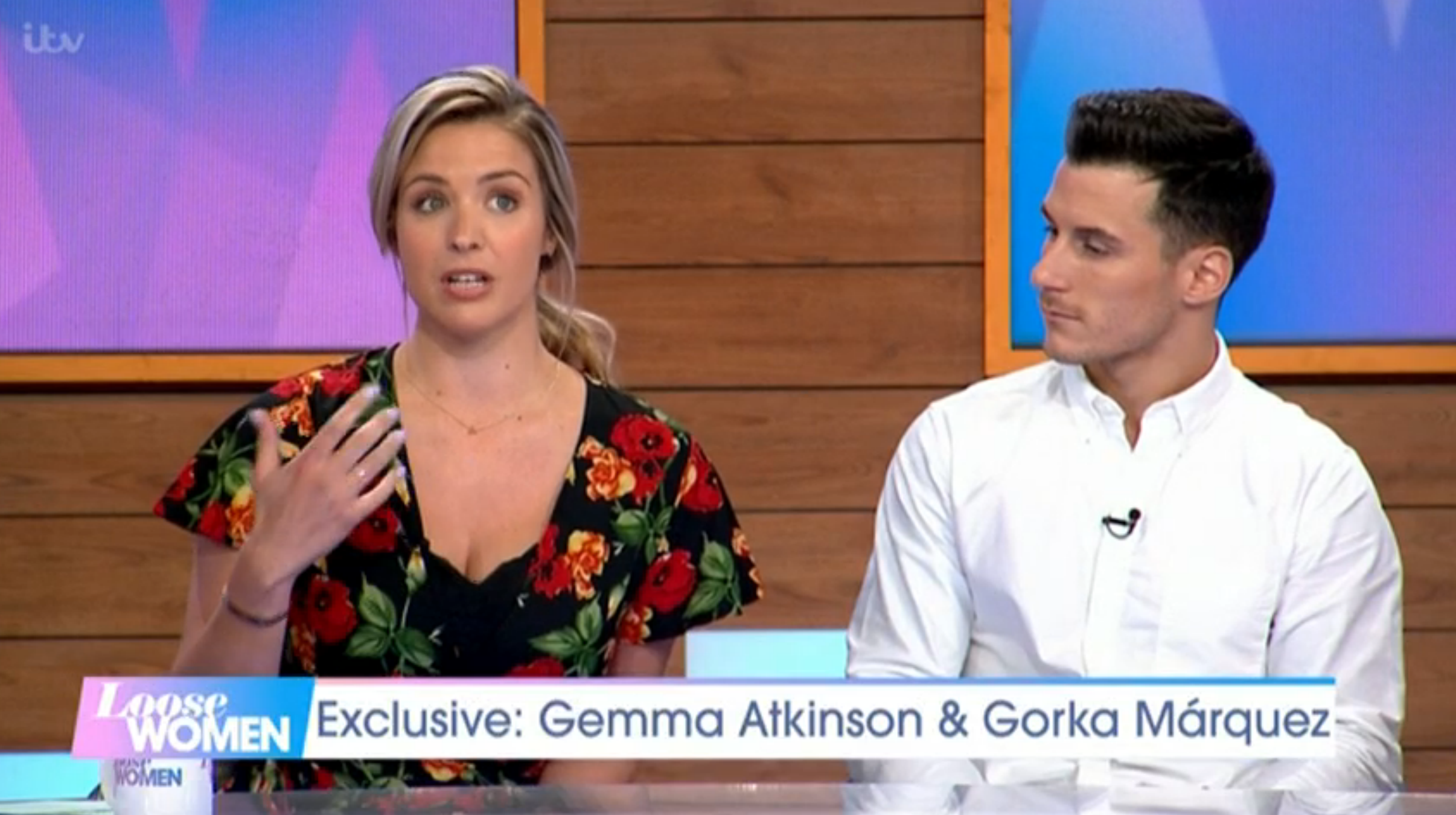 The couple opened up about Mia's traumatic arrival (Credit: ITV)

However, the traumatic birth has taken some time to get over.

Strictly Come Dancing star Gorka revealed: "It was a frustrating situation as I didn't know what was happening – doctors were taking her and no one telling me anything, but she did very well and I was so proud of her."

Gemma explained that she had wanted a water birth, but complications meant that she had to have an emergency C-section.

She told the panel: "With every contraction Mia's heartbeat dropped and it was an emergency C-section."

I was numb from the epidural so I wasn't aware of the bleeding, I couldn't feel anything.

The pair also revealed that Gemma suffered a massive haemorrhage just hours after welcoming the tot.

"It was just me and you in the room with Mia wasn't it," Gemma said. "I was numb from the epidural so I wasn't aware of the bleeding, I couldn't feel anything, it was like someone flicked a light switch and I felt shocking."

Gorka revealed that he called a nurse, who pulled back the bedding and it was "completely red".

Admitting he was "scared", Gorka said: "Obviously I see ten to 15 doctors rush in and they pushed me round the corner and they're not telling me anything."

He added: "They had to put me in a chair because I was feeling dizzy. I was saying: 'I'm fine. I'm fine, I'm going to need water.'"

The couple also spoke about internet trolls, with Gemma admitting that she feels sorry for them.

A quiet walk with Mother Nature to nourish the mind, body & soul. ❤️👨‍👩‍👧🐶🐶

"I'm really good at ignoring them but when it's about Gorka or Mia, it's just like… I always think they must be in a very unhappy place themselves to be that way about a six-week-old baby."

Gemma had previously opened up about Mia's complicated birth, revealing that nine doctors had battled to save her.