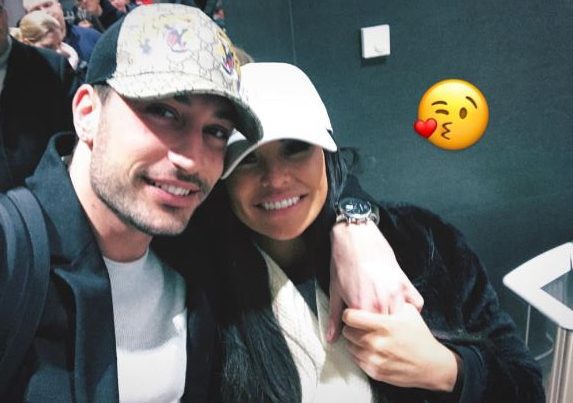 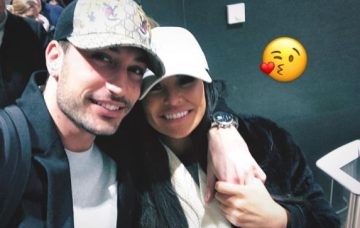 The couple have yet to confirm reports they've parted ways

It could all be over between Strictly Come Dancing professional Giovanni Pernice and former TOWIE star Jessica Wright, according to reports.

The pair’s relationship had seemed to be going strong since they got together at the end of last year – so the claims have come as a shock to fans.

They’d posted a number of loved up pictures together on Instagram recently, including documenting a romantic trip to Italy on their Instagram Stories.

But now a source has told The Sun the couple have called it quits – although they’ve yet to confirm that’s true.

According to the newspaper’s source, pro dancer Giovanni apparently “struggled” with the attention Jess gets and her popularity.

“They’ve tried to keep things amicable and told people they have both agreed to go their separate ways, but he was the one who first suggested things were going to end,” alleged the source.

It is thought the couple had met via Jess’ brother Mark Wright’s Strictly connections after he appeared on the show in 2014.

Giovanni had previously dated his Strictly partner Georgia May Foote between 2015-16.

Last year he and Debbie McGee were the surprise success of the series as his routines with the supple 59-year-old earned them a place in the final.

The 27-year-old dancer is currently busy travelling the country with his “Born To Win” tour. He’ll be on the road till July, ahead of preparing for the next series of Strictly, assuming the BBC renew his contract.

Jess went to watch him perform when the tour started and posted an image at the time sharing her pride.

She captioned the snap of the pair kissing: “P R O U D very proud girlfriend today after watching the first show of the #borntowin tour last night. Amazing. If you haven’t booked I highly recommend.”

Neither have made any reference to split on their respective accounts.

This week, Jess supported her sister-in-law Michelle Keegan at the launch of her latest fashion line. She’s also been promoting her own spring collection and her new home workout programme.

ED! have contacted Giovanni and Jess’ reps for a comment.

Are you surprised to hear Giovanni and Jess may have split? Leave us a comment on our Facebook page @EntertainmentDailyFix and let us know what you think!