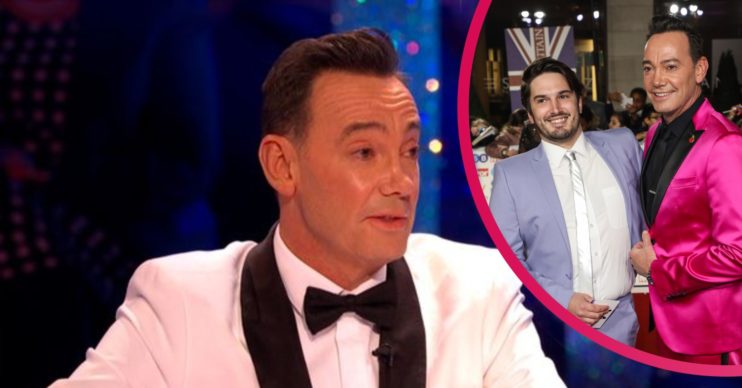 The BBC judge admitted the couple are in 'no rush'

The BBC star, who announced his engagement to Jonathan in April, admitted the couple had no other choice as they want a huge bash with plenty of guests.

According to current laws in England, only 15 people can attend ‘Covid-secure wedding venues’.

What did Craig Revel Horwood say?

Speaking to the The Daily Mail, Craig, 55, explained: “I want it to be big and fun, not a COVID wedding with five people there.

“It’ll take a couple of years to plan it, but we’re not in a rush.”

While the pair may not be in a rush to tie the knot, Craig already has big plans for their honeymoon.

He went on: “Then I’d love to jet off to the Maldives, then perhaps return to Tasmania on our honeymoon.

“I’m getting a bit long in the tooth. Having said that, Elton John managed it, so why not? Never say never.”

The Strictly judge and boyfriend Jonathan announced their engagement earlier this year.

The 35-year-old horticulturalist popped the question while they were naked in the bath during a romantic break to Tasmania.

Jonathan revealed: “I was getting really nervous and just wanted it done. In the end, I drew a salt bath, opened a bottle of champagne and we got in the bath together and I did it in there.”

Craig added: “It was very romantic.

“A naked proposal, on his knees in the bath. It was hilarious.”

Craig and Jonathan have dated for two years.