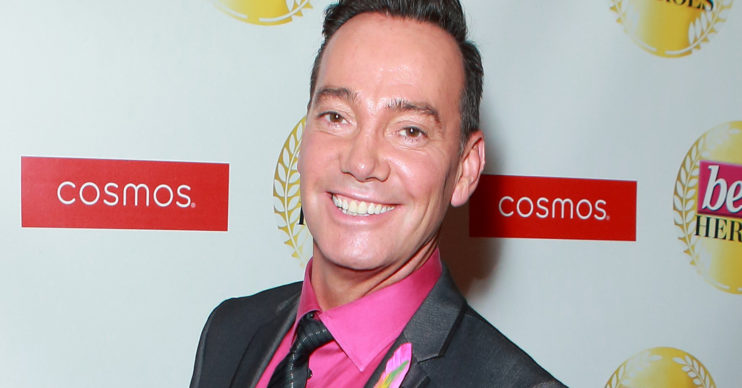 Craig is engaged to his partner Jonathan Myring

Craig Revel Horwood is not ready for kids with his fiancé Jonathan Myring.

The 55-year-old Strictly Come Dancing star and his partner Jonathan, 35, got engaged in April.

However, Craig doesn’t think there is room in their lives for a child right now.

What has Craig said?

He told the Daily Mail newspaper: “I’ve got no problem with adopting, but I wouldn’t go down the surrogate route. But, at the moment our lifestyles wouldn’t suit a child.

I wouldn’t go down the surrogate route.

“We’re away so much the poor child would be stuck, like a dog would be, with a nanny. A lot of celebs do that, but I wouldn’t.”

Jonathan added: “It would take some major adjustments in the way we work.

“I love children and would do it happily, but it’s not the end of the world for me if it doesn’t happen. I’m happy with our lives now.”

The couple recently got engaged.

35-year-old horticulturalist Jonathan popped the question while they were naked in the bath during a during a romantic break to Tasmania last month.

Jonathan said: “I was getting really nervous and just wanted it done. In the end, I drew a salt bath, opened a bottle of champagne and we got in the bath together and I did it in there.”

Craig added to OK! magazine: “It was very romantic. A naked proposal, on his knees in the bath. It was hilarious.”

The 55-year-old dance expert admitted he turned down his now-fiance at first, but then reversed his decision following the “absolutely perfect” proposal.

Craig turned down the proposal at first

The couple have been together for two years.

Meanwhile, last year Craig revealed he was considering adopting a child after being inspired by Annie.

But he wanted to make sure his relationship with Jonathan was “solid enough”.