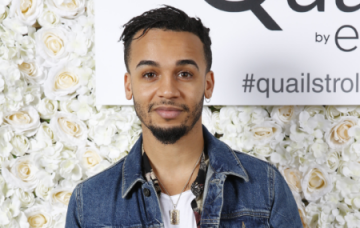 Now that's one Daddy cool if ever we saw one

He may only be a few days old, but Grayson Jax Merrygold is already a heartbreaker.

Daddy Aston Merrygold is very much enjoying the whole experience and, thankfully for us, has been sharing intimate moments of his new world with fans.

The 29-year-old singer has been treating fans to several posts on Instagram, even a very late night one that just showed a picture of a topless Aston with the time 03.34 across the screen.

The first of his Instastories pictures was of Aston on the couch with his fiancée Sarah Richards, whilst baby Grayson snuggled up to his mummy.

It was followed by a copy of Sarah’s Instagram post that she had put up and was simply captioned: “My little family”

He also put up a video of his son giving a little wave to the camera… cuteness alert!

Fans were going mad for the posts on social media, and immediately congratulated the new parents…

But his most recent post would melt even the most hardened or hearts. 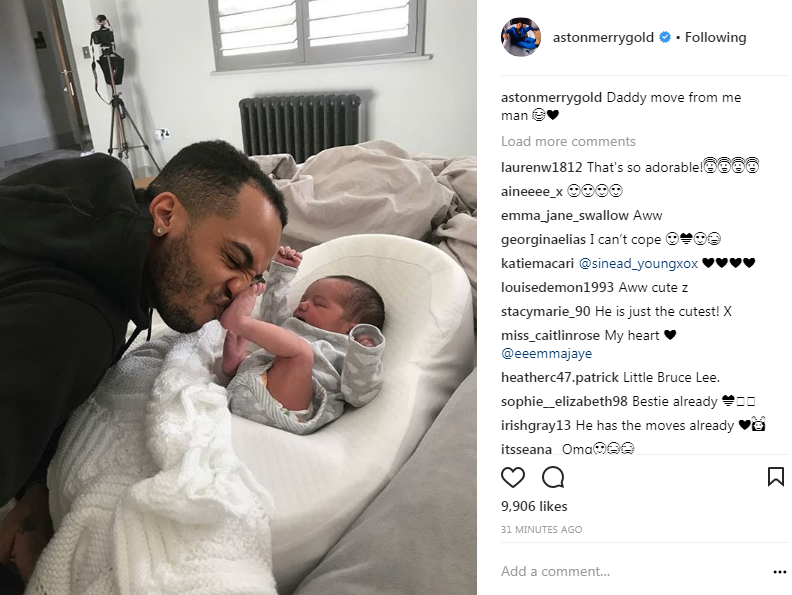 Aston and Sarah announced Grayson’s birth on Wednesday, with Aston sharing a beautiful photo showing him cradling his tiny son.

The couple have had loads of well wishes and visitors, including former bandmate Marvin Humes and his wife Rochelle.

Marvin wrote: “There’s no better feeling in the world than new life… proud Uncle moment! Congrats to Aston and Sarah on the birth of this beautiful boy Grayson. he is incredible.. and yes my wife is now broody.”

Read more: Meet the superfan trying to get Brendan Cole his job back

JB Gill’s wife Chloe and son Ace also visited Grayson and shared a gorgeous picture, with Ace asking if he could teach Grayson to crawl. Awww!

Aston’s sister Courtney paid a visit to her new nephew, announcing that he had already stolen her heart.

And there was another message that stood out from former X Factor contestant Jahmene Douglas, who sent a really touching Tweet to the former JLS  singer. 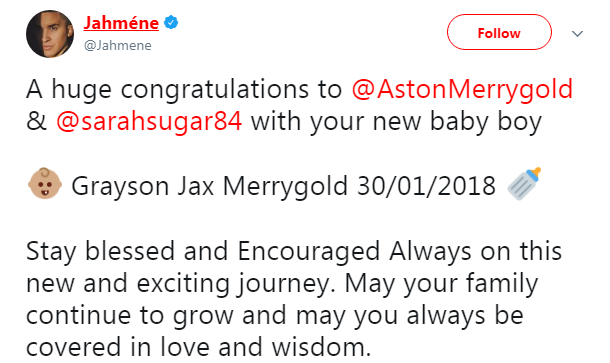 Looks like Aston could no longer be the number one Merrygold anymore!