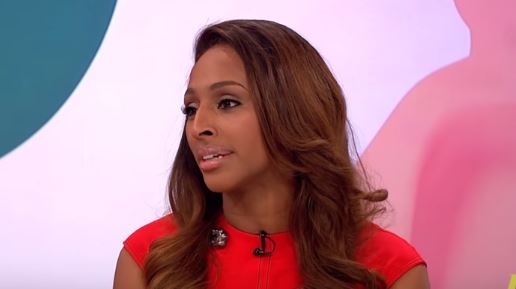 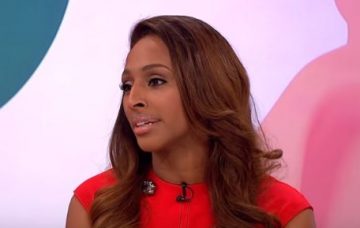 It was an emotional interview for the former X Factor winner

On Wednesday’s episode of Loose Women, singer Alexandra Burke bravely opened up about the death of her beloved mum last year.

The star lost her mum, Melissa Bell, after a long battle with kidney failure, in August last year, just two months before she started on Strictly Come Dancing.

Performing her new single The Truth Is on the ITV show, an emotional Alexandra, 29, revealed it was dedicated to her mum, and that Melissa had been able to hear the song before her death.

“I don’t want her spirit to go away. I wrote that song before she passed, so she heard it at least,” she said.

Alexandra went on to describe how her mum had given ‘everything’ to her children, and how she attributes her strong work ethic to the woman who raised her.

“She made so many sacrifices for all of us, all the kids. She made sure food was on the table, clothes were on our backs. She never stopped working,” she said.

“She was so positive and so strong and gave everything to life and everything to the family. I always say to myself, if she can, I have no excuse to stop. I love to work. It comes from her. I enjoy what I do.”

Melissa, who had herself been a Grammy-award winning singer with band Soul II Soul, had been struggling from kidney failure for nine years and was just 53 when she died.

Alexandra revealed she had been caring for her mum for eight hours a day while she received life-saving dialysis treatment, and had spent £20,000 making sure that Melissa could stay at home.

At the time, it was unclear whether Alexandra would participate in Strictly, but she told fans it was her mother’s ‘dream’ for her to appear on the dance show, so she chose to continue.

When she received three top scores two weeks in, Alexandra broke down on stage, wishing her mum could see her.

Now Alexandra admits she hasn’t been able to stop work since – worried that her grief will hit her when she stops.

“It was really difficult. That’s what I miss about Strictly – feeling the carefree part of it. For those 90 seconds on stage you can’t think about anything else, and I miss being that carefree. It was a blessing at the right time, a massive distraction for me,” she admitted.

“I have thrown myself into work since Strictly and some people say it’s not healthy. Literally every day I have been in the studio or doing something towards the album. I’m frightened to stop. I’m not going to lie, I am.”

Alexandra’s album, The Truth Is, is available now.