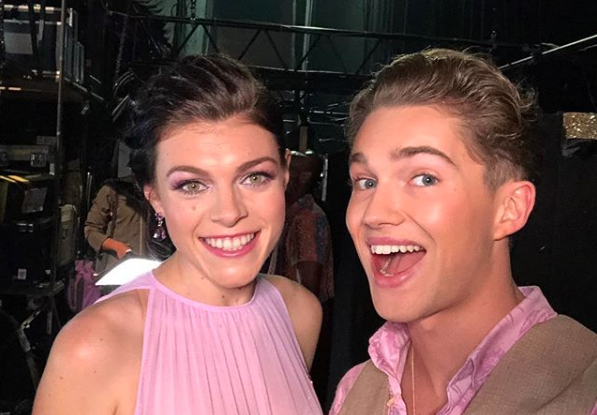 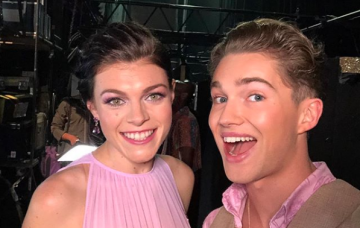 Strictly’s AJ Pritchard speaks out about his sexuality

Popular Strictly Come Dancing hunk AJ Pritchard has refused to define his sexuality – but has admitted speculation about it has helped drive sales of his saucy calendar.

Speaking to The Sun, AJ – partnered with Paralympic ace Lauren Steadman, above, for this year’s series of the BBC One dancing show – told how he came in for suggestive remarks from school pals after dedicating himself to dance, but ignored the haters to get on with his life.

However, the 24-year-old – constantly linked with last year’s celeb partner Mollie King during the 2017 run – is proud to have such “fantastic” strong support from the gay community, cheekily adding it helps flog his merchandise.

He said: “It’s really great because they are always the best people to always be around. I love being around gay people, going to gay clubs.”

“Obviously in this industry there happens to be more gay people, so it just seems to work perfectly — and it helps with the sales for the calendar.”

Noting his bum comes in for a lot of appreciation from fans, AJ is also delighted with his ripped physique, which he has shown off on Instagram along fellow Strictly pro Giovanni Pernice.

But having such a sculpted body does come with its own competitive challenges – and he plans to become the buffest dancer on the show.

“There’s always rivalry with who can get the most ripped, so with the beginning of the tour next year I want to be the most ripped of all,” AJ vowed.

“When everyone’s getting chubby at Christmas with Quality Street, I’m going to be lean on turkey.”

And although AJ insists he and Mollie, who he still meets up with, will be close friends forever, the Stoke-born Hunted contestant admits he is open to meeting someone special and is signed up to dating apps like Tinder.

He also admitted he can understand how dancers can strike up intimate relationships – but laughed off the idea of a Strictly curse because he is single.