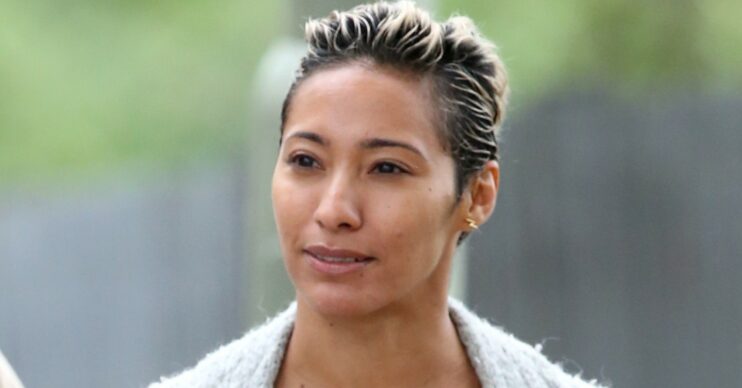 The Strictly star is on the road to recovery

The professional dancer was previously forced to skip the Strictly final group dance after injuring herself in rehearsals.

But it appears that 39-year-old Karen is finally on the mend.

Taking to Instagram yesterday (January 9), Karen shared a clip of herself during a physiotherapy session.

The Strictly star appeared to be fighting fit as she undertook various movements for her knee.

In the caption of the post, Karen went on to detail her recovery process.

Feeling stronger, focused and more determined than ever

She wrote: “Week 4 of my Knee rehab program.

The dancer also included a list of positive hashtags, including ‘pain free’ and ‘happy body’.

Karen previously opened up on her injury shortly before the Strictly finale.

At the time, the star was informed that she was unable to dance for a month while she healed.

Announcing the news on Instagram, she told fans: “So currently I have two things wrong with my knee.

Read more: Karen Hauer forced to miss Strictly after nasty knee injury leaves her unable to dance for a month

“So there’s a little bit of a tear on my meniscus and then there’s also a little cartilage flap behind my knee but they’re very minor so instead of an op I got a knee injection so that’s good news.

“I mean, I am terrified of injections and needles. I hate needles so I’m glad that it happened already.”

Since then, Karen has continued to update fans on her recovery process.

The star, who was partnered with Greg Wise on Strictly, often shares her daily exercise routines on social media.

In a recent post, Karen directed her followers through a stretch session alongside her dog.

She explained that the session was good for flexibility training, adding: “Stretch & Flow & Have a Nice Day.

Read more: Giovanni Pernice puts a smile back on Rose Ayling-Ellis’s face as they reunite after the festive season

“Try these 9 wonderful stretches to kickstart your day or to release tired muscles after a long day.”

In the comments, a fan went on to ask: “How is your knee Karen?”

Karen then replied: “ Knee is much better thank you x.”