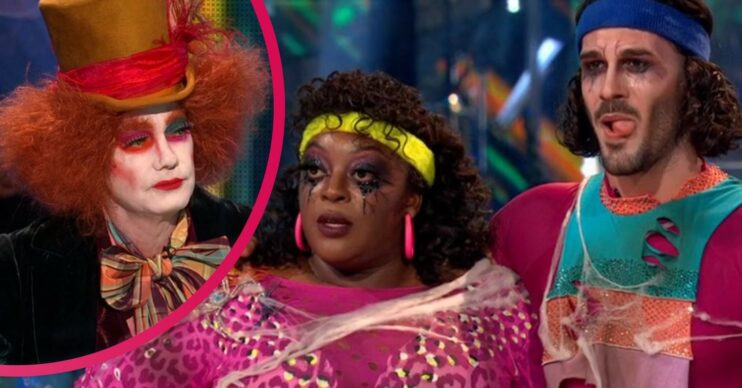 Judi made her comeback to the BBC One show last night

Judi Love made a return to Strictly Come Dancing last night following her battle with COVID-19.

Last weekend, Judi and Graziano pulled out of the show after she had tested positive for coronavirus.

As they made their comeback last night, the pair were allowed to perform the dance they were meant to be doing last Saturday (October 23) due to little practice time as Judi was isolating.

However, the routine had a Halloween twist to tie in with this weekend’s spooky theme.

Judi and Graziano put on a show and gave it their all, but not all the judges were impressed.

What did the Strictly judges say?

Craig Revel Horwood told the pair: “It was flat-footed, stompy and for me it didn’t work at all.”

Craig replied: “You don’t want me to go on darling.”

Judi said: “Love you too Craig. We love you Craig.”

Motsi told Judi: “You look more determined, you look like you know what you were doing

“Yes work on the technique but you were much more comfortable on the dance floor. Well done, welcome back.”

However, some viewers watching had similar views to Craig with some people branding the performance “awful”.

One person said on Twitter: “Sorry Judi you need to put in a lot more time in the practice room. That Cha Cha was chillingly awful.”

Another wrote: “Oh dear this is awful from Judi and Graziano but I know she’s been poorly.”

A third tweeted: “Bottom 2 has to be either Judi, Dan or Sara. They were awful tbh.”

Others predicted Judi will be in the dance-off, with one saying: “Judi will definitely be in the #Strictly dance-off.”

Another added: “Gotta feeling Judi Love and Graziano will be in the dance off.”

One said: “Nice to see Judi back on the #Strictly dance floor but not the best performance sadly. Could be in the dance off.”

Meanwhile, others loved Judi’s routine and were thrilled to have her back on the show.

One gushed: “Judi is an absolute gem. I love watching her dance.”

Another said: “Hope Judi gets through!! We love her.”

One tweeted: “I love the energy and character Judi brings every week.”

The Strictly Come Dancing results show airs on BBC One, tonight, at 7:15pm.