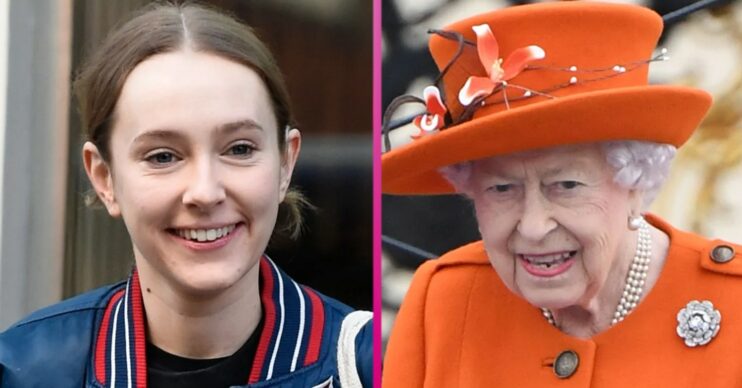 Strictly star Rose Ayling-Ellis is rumoured to be honoured by the Queen with an MBE.

The actress will reportedly receive it for her hard work for the deaf community.

Since Rose competed on Strictly in 2021, she has raised awareness of sign language with many fans now learning.

Rose took the Glitterball trophy after competing against Bake Off John Whaite in the final last year.

The Sun on Sunday reported: “She is now in the frame for a gong for services to the deaf community, thanks to her ballroom triumph on the BBC’s Strictly. Her performances – including one with a silent section – sent enrolments for sign-language courses soaring.”

She really did break down boundaries.

And a source also told the publication: “Her success on Strictly shone a light on the deaf community in a way that surpassed everyone’s expectations.

“Not only did she raise awareness about the challenges deaf people face, she was a true inspiration for them – particularly young people. She really did break down boundaries.”

The next season of Strictly

The next season of Strictly is expected to begin preparing around August.

Many fans are now speculating over who will take part, following Aljaz Škorjanec’s decision to step down.

Additionally, fans have been keen to know if Anton Du Beke will return to the judging panel.

Last year, he impressed bosses and fans as he took a place on the panel instead of Bruno Tonioli.

Bruno has not appeared on the show full time since 2019 as Covid and commitments to Dancing With The Stars in the USA kept him away from the UK last year.

Whilst celebrity contestants will be confirmed, they won’t typically take to the dancefloor until September.

The show will then run each week leading to the final just before Christmas.

Do you think Rose should be honoured? Leave us a comment on our Facebook page @EntertainmentDailyFix and let us know.