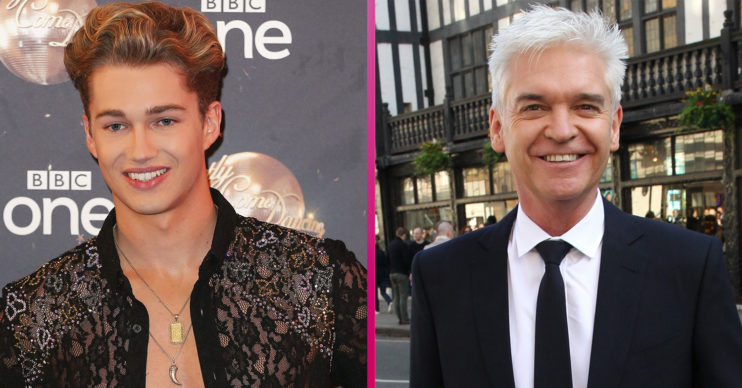 Phillip Schofield came out as gay earlier this year

Strictly Come Dancing pro AJ Pritchard has said he would “love” to see Phillip Schofield to be part of the show’s first same-sex couple.

Phil, who came out as gay in February this year, has been tipped to do the BBC dancing show later this year.

It comes amid calls from fans for the show to feature same-sex pairings on the programme.

Read more: Phillip Schofield shares sneak peek inside his autobiography Life’s What You Make It

AJ told The Sun: “I think Phillip Schofield would be great on Strictly.

“He got up on This Morning once with Holly [Willoughby] and did a bit of a boogie and he can dance, and he is entertaining, and he is such a nice guy.

“To see him learn and put him under a bit of pressure would always be funny, I’m sure.”

AJ added that he thinks it would be “great if he was part of the first same sex couple on Strictly” and he’d “would love to see that”.

Earlier this month, reports suggested that bosses are pushing for Phil to form the first same-sex couple.

A show insider told Daily Star: “Top-secret talks have been happening for a few weeks and an offer has been made.

“The hope is Phillip would dance with another man.

“If it happens it would be a beautiful and important moment both for him and for the show.”

Strictly is expected to return in October this year.

However, there will be changes to the show to adapt to the coronavirus pandemic.

I think Philip Schofield would be great on Strictly.

“To ensure we deliver the high standards audiences know and love, this year’s series of Strictly will have a slightly shorter run than usual.

Are you looking forward to Strictly this year? Leave us a comment on our Facebook page @EntertainmentDailyFix and let us know.