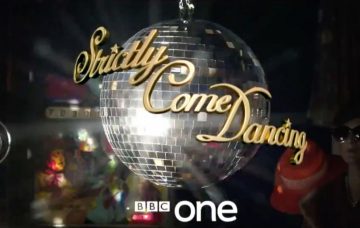 Put it in your diary!

Put it in your diary – the new series of Strictly Come Dancing launches on Saturday September 8th.

The show will start with The Launch Show, which will see hosts Tess Daly and Claudia Winkleman welcome this year’s contestants and introduce them to their professional dance partners.

The stars will then show what they’ve got for the first time, in a lavish group performance.

This series sees a returned of Shirley Ballas as head judge, with Dame Darcey Bussell, Bruno Tonioli and Craig Revel Horwood making up the rest of the panel.

As well as announcing the date, the BBC released a magical teaser trailer to mark the upcoming series.

The trailer shows an tattered, abandoned pair of brogues given a new lease on life by a pair of red dance shoes – with the two pairs dancing through a rainy street.

The celebrity line up this year boasts a broad range of talent, who are already preparing to strut their stuff on the dance floor.

Presenter and philanthropist Katie Piper was the first contestant announced – and Susannah Constantine rounded out the list as the final announcement just this week.

Paralympic athlete Lauren Steadman is set to compete – and after winning a silver medal in Rio in 2016, she’s used to taking home the prize.