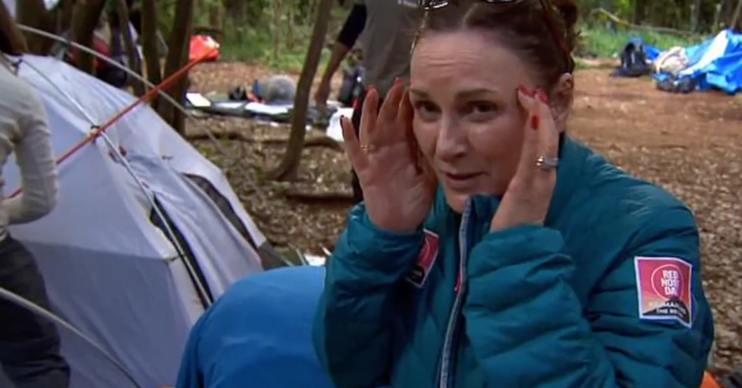 Said it was a "comforting" experience

The incident happened when Shirley, 60, took part in the Comic Relief climb and said it was “comforting”.

What happened to Shirley Ballas?

Tragically, Shirley’s brother David took his own life in 2003, aged 44.

Seventeen years later, she took part in a Kilimanjaro: The Bigger Red Nose Climb for the BBC.

She appeared alongside other celebs such as Jade Thirlwall, Leigh-Anne Pinnock, Dan Walker, Anita Rani, Dani Dyer and Alexander Armstrong.

Speaking to the Daily Star, Shirley recounted: “I wasn’t sleeping well [and] I was in a state of constant tiredness and, as we all know, when you’re feeling like that your mind can start playing tricks on you.

“But what came into my mind was worse than anything physical.

What did Shirley Ballas say about the incident?

She continued: “But something else happened too, which I found immensely comforting.

“On one of our final days reaching the summit, I distinctly heard my brother talking to me.”

“All he said was ‘Shirley’, but it sounded exactly like him, and it was a reminder of why I was doing all this, just when I needed it most.”

Today would have been my wonderful brother Davids 61 st birthday. It’s hard to imagine losing loved ones in any situation, but when they take their own life and you feel like perhaps there was more you could have done, it drags on you forever. Not a day goes by with out you in my thoughts. You made me laugh , you made me cry , you where my biggest supporter, my rock , my go to person. Mum and I talk all the time about you and your life , we miss you very very much. How I wish to share with you how your daughter has grown into the most amazing woman, and share with you all things family , miss going with you on long runs (and pipping you at the post to win , how you would laugh at how competitive I was ). I miss every with you David but you are in my heart and you will never be forgotten thank you for all the memories. Education is key to #mentalhealth. We have definitely progressed in this area of Mental Health in recent years. Every suicide leaves lasting effects on family and friends. #CALM Campaign Against Living Miserably is a leading movement against suicide, The single biggest Killer of men under 45 in the uk. #Samaritans 24 hours a day confidential service offering emotional support for anyone experiencing feelings of distress or despair including those which may lead to suicide. RIP David always in our thoughts and always in our prayers. #CALM #SAMARITANS #mentalhealth #mentalhealthawareness #suicide #suicideprevention #lovedones #family #love #listen #kindness #painful

What did Shirley say about David?

Earlier this year, Shirley paid tribute to David on what would have been his 61st birthday.

Sharing a photo of them both on Instagram, she said: “Today would have been my wonderful brother Davids 61 st birthday.

It’s hard to imagine losing loved ones in any situation.

“It’s hard to imagine losing loved ones in any situation, but when they take their own life and you feel like perhaps there was more you could have done, it drags on you forever.

“Not a day goes by without you in my thoughts. You made me laugh, you made me cry, you were my biggest supporter, my rock , my go-to person.”

What else has Shirley said?

With Shirley preparing for the new series of Strictly, she revealed last month that she had spoken to fellow judge Craig Revel Horwood after he made derogatory remarks about he body.

Appearing on This Morning, Shirley said: “I think it was at a dinner and he was making fun of my breasts and body.

“Unfortunately some things which are said to you are not humorous and it is the mistake of the man who doesn’t realise that with women.”