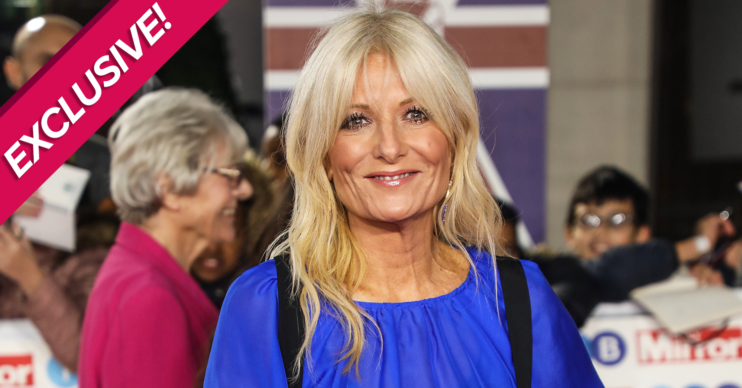 Strictly: Gaby Roslin will ‘never’ do the show over fears she would ‘poo’ herself ‘live on air’

Nerves would get the better of her!

Gaby Roslin has revealed she will never take part in Strictly Come Dancing because she’s scared she would “poo” herself live on air.

The TV presenter revealed her fears in an exclusive interview with Entertainment Daily.

Although she admits she’s a huge fan of Strictly, Gaby said she would “never” appear on it herself.

What did Gaby Roslin say about Strictly?

She said: “Never. Absolutely I can tell you 100% that I won’t be doing Strictly.

“I love watching Strictly, it’s one of my favourite shows. I can’t wait for the new series – I’ll be cheering Caroline Quentin on. But no you won’t be seeing me,” she said.

I would literally poo myself live on air because the idea of having to dance… No. I’m very happy dancing in my kitchen.

Gaby then revealed why…

“I would literally poo myself live on air because the idea of having to dance… No. I’m very happy dancing in my kitchen,” she said.

However, head judge Shirley Ballas is out to change her mind.

“I was dancing in a video on my Instagram the other day and Shirley put a comment underneath: ‘Good energy, good rhythm, future dancer.’

“Every time I see her or interview her she says come on and I go no, I won’t be doing it.

“It made me laugh that she put it underneath my post. I thought oh my god no!” she exclaimed.

Doth she protest too much, though?

What about I’m A Celebrity?

And as for appearing on I’m A Celebrity, is that tarred with the same Strictly brush?

Yes, it appears so.

“No no no thank you,” she quipped.

Read more: AJ Pritchard admits he’ll miss Strictly but not the ‘stress’ that comes with it

Down-to-earth Gaby reveals she’s about to enter her 34th year of working in the media industry, one that she tells us she absolutely loves.

“The thing is for me that I’m very lucky I’m still working.

“I’m entering my 34th year in this industry, the industry I love. I’m still working and I count my lucky stars and I want to do it till I’m 99,” she said.

That Gaby Roslin Podcast is available on Apple Podcasts, Spotify and all podcast streaming platforms. Episodes are weekly, released every Monday.

Head to our Facebook page @EntertainmentDailyFix and tell us what you think of Gaby’s comments.