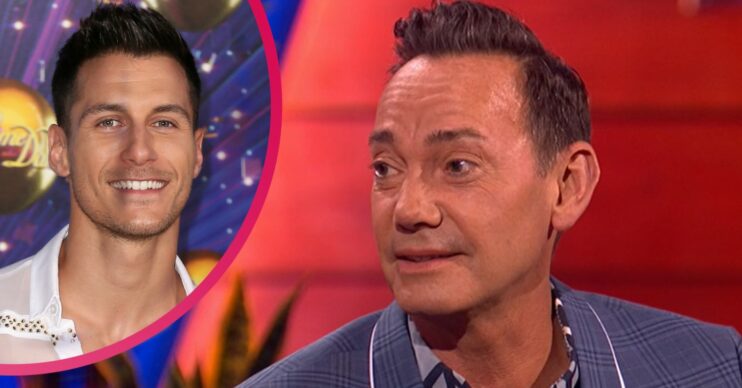 Strictly judge Craig Revel Horwood has made a shock revelation about his co-stars Gorka Marquez and Aljaz Skorjanec.

Craig appeared on The Chris and Rosie Ramsey Show on Monday night (May 30) with his fiancé Jonathan Myring.

During the interview, Craig and horticulturist Jonathan opened up about meeting each other on a dating app.

Jonathan said he didn’t know who Craig was when he saw him on a dating app.

He said: “No I didn’t. I’d never seen Strictly at the time.”

But Craig admitted he hasn’t had the same reaction with people on the app in the past.

He said: “But it was funny actually, because I always get with other people, ‘Oh what’s Aljaz like?’

“Or everyone wanting to meet Gorka or everyone else from the show and not me.”

As the audience gave a little “aw”, Craig joked: “They’re just using me as a way to get through, so it was rather nice that Jonathan didn’t know!”

Craig and Jonathan are set to tie the knot in 2024 after Covid affected their plans.

Speaking on Loose Women last month, Craig explained: “2023 is now busy and plus we’ve moved house to the East Midlands.”

At the time, the judge also revealed he plans to invite Camilla, Duchess of Cornwall, to the nuptials.

He said: “We get on so well. She is hilarious with a wicked sense of humour.”

Craig and Jonathan got engaged in 2020 during a romantic holiday to Tasmania.

At the time, Jonathan told OK! magazine: “I was getting really nervous and just wanted it done. In the end, I drew a salt bath, opened a bottle of champagne and we got in the bath together and I did it in there.”