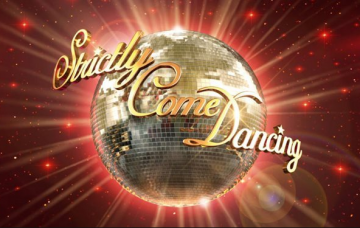 Apparently there was drinking and snogging and arguing

With everything they’re going through right now, who could blame the cast and crew of Strictly Come Dancing for letting off some steam?

But they may have taken things a little too far this weekend, after a report claimed they threw the “wildest party ever” with snogging, arguments and shots – which went on until 5am and upset their Blackpool neighbours…

Insiders tell The Sun: “It was carnage. They really hit it hard and obviously had an amazing night – but people nearby were livid. The Strictly lot were shouting and hollering in the smoking area. And, with the booming music, locals were less than impressed.”

The source continues: “Strictly showed Blackpool its wildest party ever, with many of the cast not going to bed until breakfast time in the town and staying up all night.

“Usually the pros have rehearsals on a Sunday but those were scrapped to let the partying in Blackpool run on late.”

Party-goers included contestants, judges, presenters and crew – as well as makeup artist, Lisa Armstrong, who reportedly stayed out until 4.30am.

It Takes Two presenter Zoe Ball was also out with the gang, posting a series of blurry shots to her Instagram.

She declared it to be the “best night ever @bbcstrictly with my Babs”.

Dr Ranj re-posted one of Zoe’s shots, admitting they were the, “Naughty kids,” as Zoe commented on the picture: “Too much fun. Still recovering from the taxi ride.”

Dancer Natalie Lowe also shared some party pics, revealing: “Kind of had the best weekend ever.”

But it wasn’t such a great party for controversial judge Craig Revel-Horwood, who reportedly had an “angry exchange” with professional dancer Aljaž Skorjenic over his exit from the show.

It followed a dramatic weekend on Strictly, with Kate Silverton the latest celebrity to leave with her partner, Aljaž.

It was a shock to many, as the 48-year-old newsreader received positive comments for their American Smooth dance to Everlasting Love with her dance partner.

One comment in particular from head judge Shirley Ballas had viewers in stitches.

Shirley, 58, called the TV star, “Kate the consistent,” adding: “You bring the most impeccable timing to the ballroom.”

Then she amusingly told the mother-of-two: “Now I want you to take one small chance with a little more striding out – just a little bit. Take a chance, open those legs, move a little bit more. Get some striding in.”

Hopefully the residents of Blackpool will forgive the rowdy lot. After all, it’s only once a year…

Do you blame the contestants for having a wild party? Leave us a comment on our Facebook page @EntertainmentDailyFix and let us know what you think.