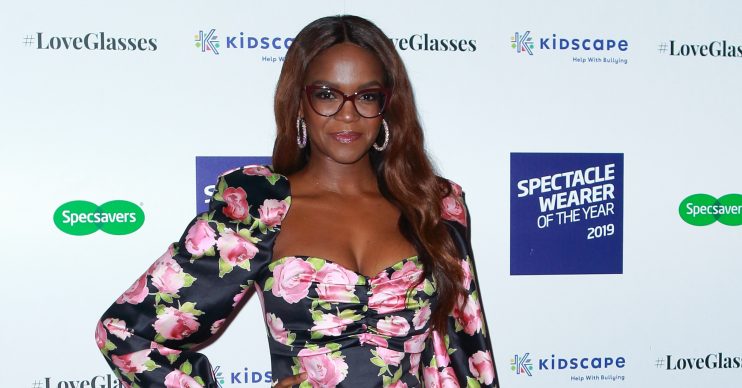 Fans asked whether the dancer was expecting

Strictly Come Dancing’s Oti Mabuse has responded to rumours that she is pregnant, after a comment made by her husband got people gossiping.

The dancer’s hubby Marius Iepure had shared a picture on Instagram which showed him smiling at the camera and Oti holding her hands over her lips.

“Psst… can you keep a secret?” he captioned the mysterious shot.

Oti shared the same image on her own account, writing: “Find out what’s coming this July…”

The cryptic message soon sparked speculation about a possible pregnancy, with a fan asking on Instagram: “U having a baby?”

“You are pregnant,” guessed another.

But Oti, 29, soon set the record straight when she replied “No lmao” to one person who had quizzed her about her secret, adding a crying with laughter emoji.

It later turned out that Marius’s post was actually about the couple holding a series of dance events around the UK, starting in July.

A message on his Instagram said: “We love to dance, to perform, to teach dancing and we want to share our love for dance and entertainment with you.”

The post teased that some of the public’s “favourite TV professional dancers” would be taking part but did not elaborate about who those dancers might be.

Oti has been in the headlines a lot in recent weeks, as a result of her friendship with former Emmerdale star Kelvin Fletcher.

The pair won the 2019 series of the BBC ballroom contest together and have remained friends since being crowned Strictly champions, but the rumour mill went into overdrive when they were pictured out together one night.

However, it was soon made clear that the pair were just friends and Kelvin spoke out about how his marriage to wife Liz was fine.

He told The Sun: “Everything is amazing.”

The actor also admitted that he was feeling “a little bit bewildered” by all the attention he was suddenly getting.

“But I am sure it will all blow over,” he added.