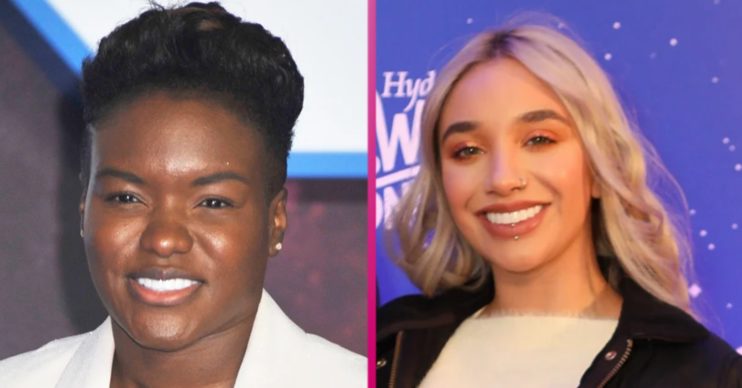 Fans were keen, but what will Strictly viewers think?

Olympics gold medal star Nicola, 37, cheekily asked social media followers whether they’d like to see her on the saucy site.

“What do you think about me and Ella doing some couples OnlyFans?”

Respondents to Nicola’s poll gave the idea the thumbs up, with 82% saying ‘yes’.

Ella, 22, reportedly already has an OnlyFans account of her own.

What do you think about me and Ella doing some couples OnlyFans?

According to Mail Online, setting up an OnlyFans account could see the retired boxer ‘risking the wrath’ of BBC show chiefs.

Nicola, the first openly LGBT person to take Olympic gold, will also be part of Strictly’s first ever same-sex pairing.

She recently said is proud to be “part of the movement for change, diversity and breaking boundaries in the entertainment industry”.

“I’m a huge fan of the show and am thrilled to be part of something that holds such a special place in so many people’s hearts,” Nicola added.

Nicola Adams to be partnered with Katya Jones?

Tabloid reports have linked Strictly pro Katya Jones as keen to be partnered with Nicola.

A TV insider told The Sun the Russian star has been letting people on the show know she reckons they’d be a good team.

Katya also believes her and Nicola would prove a TV hit with fans, too.

A source said: “Katya sees it as a chance to make history but also to redeem herself on the show after her scandal two years ago.

“She’s a real girls’ girl and is keen to move on from that.

“Equally, show bosses know that Katya will have everyone talking about her and Nicola if they partner them together.”

Nicola was also the first female amateur boxer to win an Olympic gold when she found fame at London 2012.

She went on to become a double Olympic champion following her second gold medal win in Rio 2016.

That also made her the first boxer in history to retain an Olympic title.

Nicola then became World Amateur Champion in May 2016 before winning the WBO world female flyweight title in 2019.