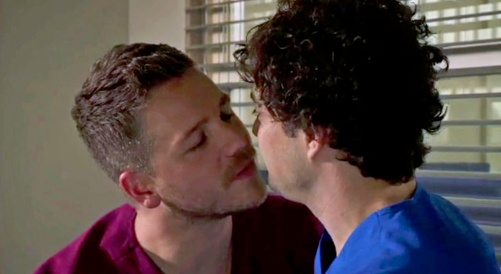 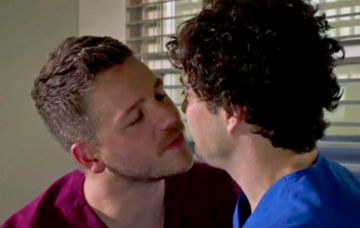 Who will be getting wed?

Reverend Richard Coles has joked he is expecting to receive plenty of acting awards for his upcoming role on Holby City, telling fans: “Clearing a space for my BAFTA, people!”

Don’t expect the former Communards star to agonise too much over how to perform his character in the BBC One medical drama, however – he’s playing the role of a vicar called upon to officiate a wedding.

The 56-year-old self-confessed Holby addict could barely hide his glee at the cameo appearance, due to air on Tuesday 11 December.

He said: “I’m thrilled to be invited finally to exercise my ministry of healing at Holby City, which has been my healthcare provider of choice for 20 years.

“To officiate at an occasion so joyous even the late Professor Gaskell would have cracked a smile.”

However, BBC bosses are not yet revealing which of the show’s couples will be walking down the aisle.

Three pairs of Holby favourites have been teased as being in the frame to get hitched – but whose nuptials will Rev Coles oversee?

Could Serena Campbell and Bernie Wolfe overcome their problems to make a lasting commitment together?

Will it be new parents Jason Haynes and Greta Allinson exchanging vows?

Or could Dom Copeland and Lofty finally get their act together, sort through the niggles holding them back and start planning for their future?

Since we’re floating names… here’s a wild card options. How about Jac Naylor and Fletch? We know that will never happen… but it should.

Rev Coles is perhaps best known to TV viewers as the the second celebrity to be booted off last year’s series of Strictly Come Dancing.

Remember his atrocious Paso Doble to Flash Gordon? It picked up only 14 points and is the worst scoring version of the dance in the show’s history… ouch!

Thankfully this guest appearance will not require him to participate in the happy couple’s first dance… we hope.

Holby’s exec producer Simon Harper commented: “After a dark year for the hospital, Holby is now revving up for Christmas and 2019 in this joyous episode celebrating love and commitment in all their diverse forms.

“As to which Holby couple ends up actually tying the knot, I couldn’t possibly divulge, but I can say it’s an incredible honour to have the iconic Reverend Richard officiating!”

Former Emmerdale star Gemma Oaten (remember her as Rachel Breckle?) has also been confirmed to appear in the episode.

– Holby City airs on Tuesdays at 8pm on BBC One