From the dancefloor to the DJ booth

Congratulations to Mollie King who has landed her first new project since her departure from Strictly Come Dancing.

The Saturdays singer will co-host of Matt Edmondson’s Saturday 1-4pm weekend show for the month of March.

She announced her news on social media with a picture of her outside the Radio 1 studios.

It said: ‘Beyond excited to announce I’ll be co-hosting a new weekend show with @matthewedmondson on @bbcradio1!! Coming soon!!💥💫 #MollieThroughMarch’ 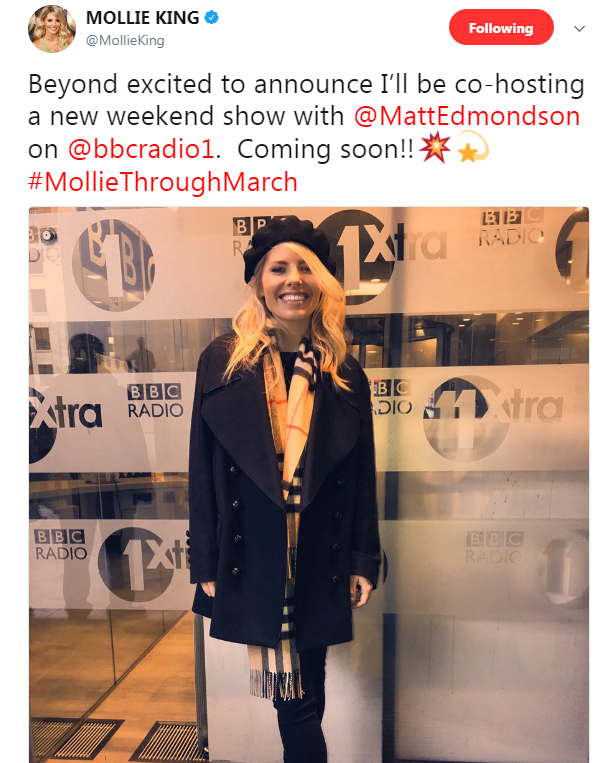 And her fans were really excited at the news…

She teased fans with a caption that simply said ‘Hi ho it’s off to work we go.. #Tuesday #January’ but didn’t reveal any other details. 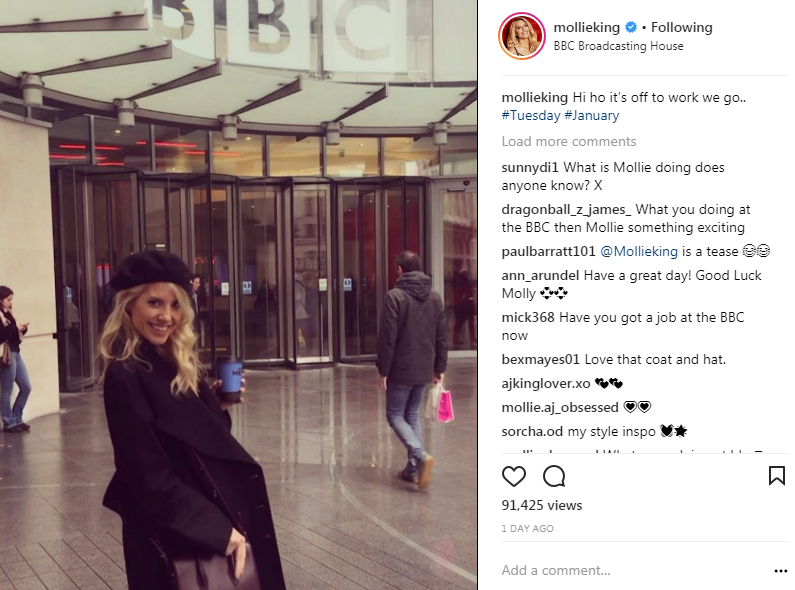 I’m A Celebrity winner Scarlett Moffatt has also been confirmed as a guest co-host in a new shake up at the radio station.

“I am ridiculously excited about inviting some big name co-presenters to join me on Radio 1 every Saturday.”

“I can’t wait to work with Mollie and Scarlett, not to mention the ‘reveal-them-and-you’ll-be-immediately-fired’ list of amazing names we have lined up for the rest of 2018.”

Mollie added: “I’m so excited to be co-hosting BBC Radio 1’s brand new Saturday show with Matt Edmondson. He always has me in stitches; we’re going to have a blast, bring it on!”