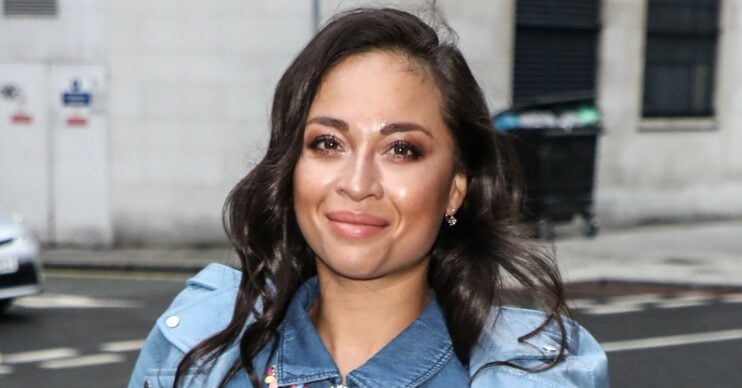 Strictly Come Dancing star Katya Jones has revealed she was branded “chunky” by trolls after going up one dress size.

The professional dancer, 32, admitted she was targeted by online bullies over Christmas when she went from a size six to a size eight.

Despite the hurtful comments, Katya vowed to keep a “positive mental attitude” at the time.

Katya, who joined the BBC reality series in 2016, opened up on her trolling experience with The Sun.

The Russian star said: “It’s like, ‘I went from a size six to a size eight — and you’re calling me chunky?’

“Mentally it’s not an easy place to be. You’re expected to be that certain shape that represents a dancer.”

Mentally it’s not an easy place to be

Furthermore, Katya shared: “I try to have a positive mental attitude. I try to do what is good for me. I know when I am fit and healthy, I am energised.”

Meanwhile, Katya isn’t the only person to recently discuss their mental health.

Seann Walsh opens up on his Strictly kiss with Katya

Seann was in a committed relationship at the time, while Katya was married to Strictly dancer Neil Jones.

Appearing on the Take Flight podcast in May, Seann said the aftermath of the kiss still haunts him today.

He explained: “The panic attacks came back – big, big panic attacks and I ended up having what I later found out were Vertigo Seizures.

“I had one the other day, I just lay down – I had to lie down in the street, it’s quite humiliating. It’s London so nobody gives a [bleep].”

She told The Sun: “There aren’t any regrets because that’s not how I like to lead my life.

Katya and ex-husband Neil went on to split in August 2019.